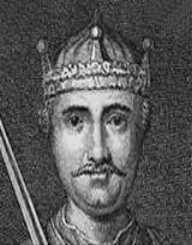 It all started in 1066 when one of the Viking raider’s heirs came to rule England. William the Conqueror aka William the Bastard first held the highest male hereditary titled Duke of Normandy. The post proved that he would become a well-reasoned ruler. According to his admirers, he seemed to have taken a prominent role not only in Normandy but also in England. His accomplishments were coupled with chaos and political uncertainties including stamping out the dissent parties.

William I or rather William the Conqueror was born in Falaise around 1028. His father was called Robert I who was the Duke of Normandy. Being an illegitimate child, he was lucky to have taken his father’s throne after his death.

William spent his childhood living in the Duke of Normandy. At seven years old his father went in search of his faith. It was there that he summoned William and his devotees that if he doesn’t return, his son will take over. It wasn’t long that Robert’s nobles heard about his death and William took over as the Duke of Normandy in 1035.


Crowned as the Duke of Normandy

King Henry I of France helped this young lad to remain in the throne. He was cheerful and optimistic to wear the crown, little did he know there were loads of obstacles ahead. At 20 years old, his famous cousin; Guy of Burgundy formed an official group that would come to defeat him. He was lucky to have overcome the Guy as well as keeping his name.

After a few years down the line, William won against Geoffrey Martel’s, Duke of Anjou rule. By 1600 William had already acquired a large firm in his land. Although tons of other leaders wanted to defeat him, he fought ruthlessly to take what was his without a downfall. What helped him most wasn’t his power but unexpected fortune plus support from his father’s devotee.

Before the end of 1042, William became a Knight Commander. He began to restore order in his land after defeating the rebels.

William married Matilda of Flanders in 1050. The couple had five daughters and four sons. The political union allied the Duke of Normandy with power thanks to the duchy of Flanders.

In 1066 Edward the Confessor thus the King of England called it quit to the world. Sadly, he didn’t leave anyone to take over his throne. At some point, William claimed that Edward left him the throne since they were kind of related. Other men followed with the aim of taking this untaken crown including Harold Godwinson and King of Norway.

King Harridan of Norway and King Harold II invaded England. Harold II fought against the Norwegians where he won and later turned to William. Little did he know that he was heavily armored with archers? Harold’s soldieries had fewer weapons causing William to win the massive battle after King Harold’s death.

William the Conquer fought against all the odds where he captured several cities in London being one of them. William I was named as the King of England on December 25, 1066.

For some years William took over the streets with a plan to defeat the revolts. He ordered the Northern England properties to be destroyed. Livestock’s, farms and food weren’t left behind. The act came to be known as the “Harrying of the North” where people also lost their lives.

William the Conqueror will mostly be remembered for building his castle through England. He aimed to maintain order as well as controlling his land without a problem. One of the incredible castles that he makes was called the Tower of London.

In 1085, the King of Normandy ordered a complete survey of England assets. A record of property, mills, livestock and farm equipment were all recorded into a particular book titled Domesday Book.

To conquer as the last standing King, William assembled men from France, Normandy, Europe, and other countries. In return, he promised them fortune after winning the battle. Other than that, William used a black stallion throughout his campaign that was handed to him by King of Spain.

On September 9, 1087, William died in Rouen, Normandy. He sustained severe injuries while he was riding his horse. His oldest son took the line as the next heir; Duke of Normandy. His second son became the King of England.