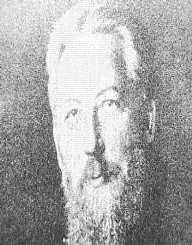 From several research institutes around the world, inorganic to organic chemistry including new inventions and techniques were introduced by several scientists. One of the said Chemists was known as Wilhelm Ostwald who came to prominence as the co-founder of the study and research of physical chemistry. His discoveries made him garner Nobel Prize in the field of Chemistry. He is the only Chemist who unearthed that chemical reactions do occur at a different rate. As a result, the weaknesses and strength of several chemical reactions gave Ostwald a chance to differentiate between an acid and a base. Read further to know more about his early and later discoveries.

On 2nd September 1853 a duo, Elisabeth Leuckel, and Gottfried Ostwald were blessed with a son in Riga, Latvia. He was none other than Wilhelm Ostwald who loved to play with his two elder brothers. Before attending the University of Dorpat, Ostwald first learned the ropes of education in his native land, Riga. In 1875 he was honored with a bachelor’s degree where he furthered his studies to the point of receiving a master’s degree. In the middle of all, he received his Ph.D. in the field of chemistry. With much zeal and determination, Ostwald garnered a doctoral degree in 1878 when he delivered his well-written dissertation to the Russian Chemist, Carl Schmidt.

For three years Wilhelm Ostwald took the time to research and study the field of physical chemistry. He deeply had passion in the study, unlike other chemists who focused more on organic chemistry. He took extra hours and days to explore the chemical reactions in both bases and acids. In 1881 he landed a teaching job at the University of Riga Polytechnic.

While he was still rendering his service at Riga, Wilhelm Ostwald studied other chemist’s works such as the separation theory by Svante Arrhenius in 1884.It was the same year that he published his first book titled Lehrbuch der Allgemeinen Chemie. Being a guru in the study of physical chemistry, he came up with his journal called the Journal of Physical Chemistry. In the long run, he found himself working as an editor for more than a decade. It was still in 1884 that he went to the University of Leipzig to serve as the HOD of physical chemistry.

Even then, Wilhelm Ostwald continued to work on his research. It was in the process that he came up with scientific validation. His first discovery defined the relation between the high concentrations of acids, the degree of separation or dissociation, as well as the level of ionic, strengthen and level of temperature (equilibrium constant).The proposal was later named as the Ostwald’s Law of Dilution before the end of 1888.

It was in 1889 that Wilhelm Ostwald published his other book called Outline of general chemistry. He followed it up with a series called Classics of exact sciences the same year. Till date, more than 300 books have been printed in the same series. He also published his third book Handbook and Manual for Physiochemical Measurement in 1893.
Early in 1894 Ostwald and other chemists established the Leipzig University where he obliged to work in the field of physical chemistry. In 1900 the operative term Mole in chemistry was first presented by Wilhelm.

It was in 1902 that none other than Wilhelm Ostwald discovered the manufacture of nitric acid. The Ostwald Process and Bosch-Haber Process altered the production of explosives and fertilizers. After five years, Wilhelm retired from his University position. In 1906 he was selected to lead the International Committee on Atomic Weights. Unfortunately, his tenure was aborted during the World War I.

Towards the end of his scientific career, he took the time to study the shapes and colors. As a result, he papered lots of scientific research including Letters to a Painter and The Color Primer.