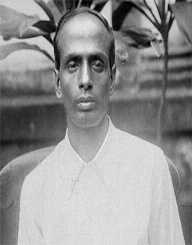 While Mahatma Gandhi preached the idea of non-violence, few people did believe, that Violence was the key to uprooting the cruel British from India. One of them was the legendary freedom fighter, Surya Sen.

A young teacher, filled with patriotic sentiments, Surya Sen, was instrumental in arousing the feelings of Independence in the people of Bengal. He made the most significant sacrifice fighting for freedom and is remembered as a hero today.

Surya Sen was born in Chittagong (then in Bengal, now Bangladesh) on March 22, 1894, to Shashikala and Ramniranjan Sen. His father was a teacher. Sen was influenced by revolutionary ideas early, and he romanticised fighting for the countries freedom. For him, it was stupid to surrender to oppression by the British Raj, and he wanted to raise a voice.

Surya Sen finished his B.A. from Behrampore College and also went to the University of Calcutta.

Surya Sen became a teacher at the National School of Nandan Kanan. He was a brilliant teacher and motivator and was fondly called Master Da. Sen knew education was the key towards rational thinking and arising patriotic feelings in his people. He used his position as a teacher to instill the ideas of freedom, revolution and oppression-free society into the young minds. He motivated them and showed them the dream of a free India – a goal worth dying for.

Surya Sen became a member of the revolutionary society AnushilanSamiti. He also joined the Indian National Congress and became its president in 1918.

One of Surya Sen's most famous exploits as a freedom fighter was the Chittagong Armoury Raid in 1930. With a group of about 65 revolutionaries, he planned to raid the two armouries in Chittagong. The goal was to get weapons to fight the British forces and cut off all connections – telephone, railways and road network from Calcutta. This would stop the British troops from entering Chittagong.

While they did manage to capture the armoury, they did not find enough weapons. Surya Sen hoisted the Indian Flag there. Soon the British forces arrived, and they had to go into hiding. In the aftermath, a fierce battle took place in the Jagdamba hills where British troops took heavy casualties, and some revolutionaries lost their lives. Sen evaded capture for three years disguising himself as a villager in various roles like the milkman, farmer, etc.

In 1933, Surya Sen was betrayed by an accomplice Netra Sen, who ratted him out to the British in hopes of huge rewards. Sen was captured on 16th February 1933. The betrayer Netra Sen was murdered by another freedom fighter before he could collect his reward.

Surya Sen was ordered to be hanged till death, which he readily accepted for his motherland. Even on a death sentence, he invoked revolutionary and patriotic feelings among his followers through letters of encouragement – to keep the fight going on.

The cruel British tortured Surya Sen to their hearts’ content. They broke his teeth with a hammer and crushed his limbs. They also pulled out his nails. On January 12, 1934, they dragged Sen in an unconscious state and hanged him till death.

Today Surya Sen is fondly remembered as a great National hero, by both India and Bangladesh. His ideas of patriotism and independence still resonate in the hearts and minds of the Indian youth. While making the ultimate sacrifice for the freedom of India, he put his fellow countrymen in debt they can never repay.