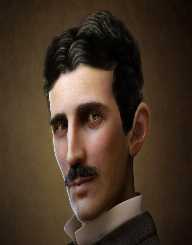 Philipp Lenard was born on June 7, 1862, in Slovakia. His parents were Antoine Baumann and Philipp von Lenard. Sadly, his mother died when he was very young. His father soon married his maternal aunt, who helped him raise him.

As a youth, Philipp Lenard attended the Royal Catholic Church of Bratislava school. He only studied here for a few years before moving onto study at the Technische Hosculen in 1880. He studied here for three years.

In 1883, he moved to Heidelberg to continue his education under a professor Robert Bunsen at the University of Heidelburg. He studied with him for only a year.

After finishing his thesis, Philipp Lenard began working at Heidelberg. While here, he focused primarily on research. He discovered that phosphorescence, light that is given off from certain stones without having anything added to them (no heat, etc.) was caused by certain materials mixed into common stones like copper and manganese.

In 1892, Philipp Lenard took on a lecturer position. While working in this position, he continued to work on his research. Much of his research around this time was with cathode ray tubes. He did several experiments with these tubes. Soon after he began his experiments, he coined the term Lenard Window to describe a device that would direct cathode rays into open spaces. Before this, cathode rays had mostly experimented in vacuums.

In 1894, Philipp Lenard got a job working as an assistant professor, still at Heidelberg. He kept this position for four years.

In 1898, Philipp Lenard left Heidelberg to work as a full professor to at Keil. While there, he was also the director of the physics laboratory. He worked there for about nine years.

In 1907, Philipp Lenard returned to the University of Heidelberg, this time as a full professor and the director of two laboratories at the university. He stayed at this university until his retirement in 1931. However, he continued his research until 1945.

During his educational life and career, Philipp Lenard wrote some essays and other publications. Some of his most famous works are listed below.

Principles of Mechanics
Quantitative on Cathode Rays
On the Relativity Principle

All of Lenard’s awards are due to his work with his scientific research. Some of his most prestigious awards are listed below.

Philipp Lenard was married to Katharina Schlehner during his lifetime.