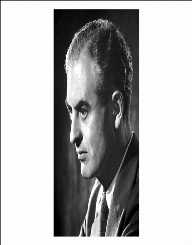 Peter Brian Medawar was born on February 28th, in 1915. He rose to become a famous zoologist who was bestowed with a Nobel Prize for his physiology and medicine contribution. This is an award that he was given in 1960 after discovering the acquired immunological tolerance theory. It is through his discovery that advances in organ and tissue transplants were later made possible.

Peter Brian Medawar was born on February 28th, 1915. His birthplace was in Petropolis in Rio de Janeiro, Brazil. He was the son of Nicholas Agnatius Medawar and Edith Muriel Dowling. His father worked as a salesman. Being a second born son in the family, Medawar has an older brother named Philip.

After some time, his parents migrated to England where Medawar could pursue his college education. In 1928 he enrolled at Marlborough College. He studied here until 1932. It is while studying at the institution that Medawar developed a special liking for Biology.

Three years later in 1935, Medawar received a bachelor’s degree in zoology. During this time, he was studying at the Magdalen College in Oxford. During the same year, he was appointed to serve as the Senior Demonstrator for the same institution. Later, he went on to become the college fellow for one year beginning 1946. He earned his doctorate in 1947. Unfortunately, he failed to obtain his Ph.D. since he lacked the required completion funds that were required.

Upon receiving his bachelor’s degree, Medawar was employed at the Sir William Dunn School of Pathology. Around the same period, he was also working at the Magdalen College as a senior demonstrator. He took his research seriously in 1937 when he was investigating the connective tissue cells development in chicken. His early research advances were recorded in the Quarterly Journal of Experimental Physiology.

A year later, he served as the Magdalen College fellow, a position he retained until 1944. In 1942, he was recognized as the Rolleston Prizeman. During World War II, he remained in Oxford where he conducted some experiments on skin’s transplanting tissues. After the war came to an end, he progressed with his experiments. It is during this time that he came along a theory that had initially been put forward by Frank Macfarlane Burnet. He was an Australian immunologist also credited with discovering acquired immunological tolerance theory.

In 1947, Medawar went on to work as a zoology professor at the University of Birmingham. He served this position until 1951. During the same year in 1947, he came up with a research group alongside Billingham and Leslie Brent. In 1951, he was employed by the University College in London as the Zoology professor. He worked here until 1962. After this, he served as the National Institute for Medical Research director till 1971.

Peter Medawar is credited for having published The Uniqueness of Man- 1957. Two years down the line, he published The Future of Man. The Art of the Soluble, published in 1967 is also recognized as one of his greatest works. Other publications that followed suit included The Hope of Progress -1972, The Life Science -1977 and Pluto’s Republic -1982. Due to his scientific contributions, he was awarded a Nobel Prize in 1960.

Peter Medawar wedded Jean Shinglewood Taylor in early 1937. Together, they welcomed four children into the relationship.

Peter Brian Medawar passed away as a result of a stroke which affected him while he was in London. He died on October 2nd, 1987. He was 72 years old when he died.