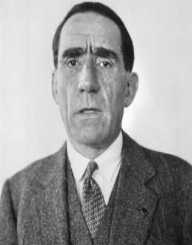 Louis Renault was born on February 12, 1877. He was a French Industrialist. He founded Renault. He was an Automobile industry pioneer. He died on October 24, 1944

Louis Renault was born on February 12, 1877, at Billancount, Paris. He was born to Alfred Renault and Berthe. He was brought up alongside six siblings. He attended Lycée Condorcet. In 1888, he invented an Electricity generating system where he used Cables, Pewter battery plates, and an acid bath.

Louis Renault then learnt about the working of steam locomotives while in a coal tender Steam train. His first automobile to drive was a steam car owned by Leon Serpollet, a Gardener-Serpollet automobiles producer. He later attended Military service. In 1898, he returned home. He alongside two workers with whom he employed started working on 3/4hp ‘De Dion-Bouton’ engine. He then made an automobile by adding a third gear to the direct drive of the engine and named it Renault Voiturette. In 1898, he won a bet against a friend with his automobile.

In 1899, Louis Renault alongside Marcel and Fernand, his elder brothers opened Renault Frères a manufacturing unit. In 1899, he already had 80 automobiles built. In the same year, he alongside his brother Marcel boosted their business by engaging in car races. In 1903, he stopped racing due to the death of his brother in a race. In 1908, he became the co-principle in the company which made the automobiles till World war 1. He then started producing 75mm shells by use of the hydraulic presses.

In 1916, Louis Renault agreed with Colonel J.B.E Estienne for manufacturing armored vehicles. In 1917, he created, produced and delivered 84 tanks. In 1918, the delivered tanks were 2697 in number. He was appreciated by being given the Grand Cross of the Légion d’honneur due to his hard work during the war. He then invented hydraulic shock absorbers, modern drum brake, and compressed gas ignition after World War1. In 1939, his company became the principal supplier for the French Army.

In 1940, Louis Renault went to ask for tanks in the United States of America on behalf of the French government. He returned to France and cooperated with the Nazis for the benefit of relocating his Factory, equipment, and workers to Germany.  His company then manufactured 34,232 automobiles for the Nazis. He came to be known as the Nazi collaborator. In 1942, one of his factories was targeted and bombed by the British.

In 1942, Louis Renault was unable to speak nor write due to his suffering from aphasia and renal disturbances. In 1944, due to his collaboration with the Nazi, he was arrested and charged. His company was then disbanded by the French government. In 1945, it was renamed Régie Nationale des Usines Renault (RNUR). He was confined at Fresnes Prison where he died after a month.

In 1918, Louis Renault married Christiane Boullaire with whom they had one son. In 1944, he was admitted to a psychiatric hospital where he later went into a coma. He was then shifted to a private nursing home. He died on October 24, 1944, of Uremia. He died at the age of sixty-seven.