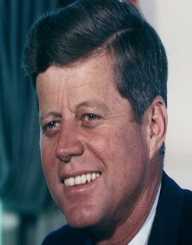 Joseph Patrick Kennedy and Rose Elizabeth Fitzgerald Kennedy became parents for the second time on May 29, 1917. That was the year John Fitzgerald (later known affectionately as JFK) was born three years into the World War I. His father was a successful businessman and his mother was a famous philanthropist– a passion helped by her privileged birth. There was always politics in the Kennedy household. Joe’s father was elected to the Massachusetts state senate, and Rose’s father served as a U.S congressman. So, public service was something he grew up around in Brookline’s Irish Catholic community.

Young John F. Kennedy had attended a total of three schools in Brookline by the time he was ten years old. Owing to his father’s business interests on Wall Street in New York, the family relocated to the Bronx. There, he attended Riverdale Country School, and when they moved to Bronxville, it was St. Joseph’s Church. After another three years, he would again change school – this time for schools situated in Connecticut. First up was the New Milford-based Canterbury School for his eighth grade. Then, due to an affliction of Addison’s disease, he would leave for Wallingford-based Choate after recovering from surgery a year later.

John F. Kennedy overcame that setback and graduated high school the following year with average grades. Still, his classmates thought he was the most likely to succeed in the future. He did have a future in mind: he wanted to be an economist like his elder brother Joe Jr. John likewise wished to be trained at the London School of Economics – Joe’s alma mater. He fell ill overseas and had to fly back stateside where he enrolled at Princeton. His health woes continued, and he again had to leave. It was the next year that he applied to Harvard. On arrival at Harvard in 1936, he quickly gained a reputation for his outgoing personality after producing the Freshman Smoker.

John subsequently showed enough interest in sports to earn him a place on the school’s swimming team. His dad’s position as US Ambassador to Great Britain led him to travel there a lot even as he was studying. The whole of Europe began to pique his interest in his senior thesis when he got overseas in 1939. Nazi Germany was on the rise and was threatening to reshape the continent’s geopolitical permutations. He explored the continent while working as his father’s secretary at the US consulate to learn more about the subject.

It was a subject he found so riveting to the extent that he only returned to London the day Hitler invaded Poland. After helping his father out with diplomatic initiatives in response to the invasion, he returned to the US to finish his schooling. He had seen how the seeds of war were sown and started developing a political philosophy in response to that. It was a philosophy that ran counter to his dad’s on US involvement in the war. His dad’s disagreement with plans to enter the war got him fired.


Fighting in The Navy

John F. Kennedy graduated from Harvard with a B.A in Government. The reality of Britain’s struggles with the war would lead him to shelve plans for Graduate School at Stanford. His political philosophy made him see military service as his duty to his country in wartime. Despite his lower back issues resurfacing, he managed to get into the D.C-based office of Naval Intelligence as an ensign in 1941 after rigorous fitness training. He eventually worked his way up to Lieutenant Junior Grade after attending Illinois-based Naval Reserve Officer Training School.

The future president completed Motor Torpedo Boat Squadrons Training in December 1942. Soon after, John F. Kennedy commanded several PT boats en route to getting an assignment overseas in Panama. That assignment led to a much bigger one in the Pacific Theater where he commanded PT-109 and PT-59. While commanding the former in New Georgia in 1943, a surprise Japanese Destroyer attack wrecked his boat. He was able to shake off a recurrence of his back pain to rally his men against surrender and into safety. As they escaped to a nearby island, JFK heroically helped an injured officer swim ashore.

They were eventually rescued, but the rescue was only quickened by another display of courage by John F. Kennedy. He and one officer rowed a broken canoe from safety toward a friendly boat passing by to assist in rescue efforts. After healing, John was soon in action - this time in command of the PT-59. On that boat, he participated yet again in rescue efforts for stranded marines on Choiseul Island. His failing health, however, meant he was only there a few months before he was ordered to return to the states to recover. He received the Purple Heart and Navy and Marine Corps medals before retiring from the Navy reserve. Meanwhile, Joe Jr. died in action in 1944 while serving in the air force.

US Congress to Presidency

John F. Kennedy's World War II heroics proved an invaluable asset when he entered into politics in 1946. He overcame the challenge of primary opponents in the Democrat party. That was en route to defeating his Republican opponent for a vacant eleventh congressional district seat in Massachusetts. His party was the minority in the house, but at 29, his star was on the rise. There he served for six years on House Committees including Education and Labor and Veteran’s Affairs. JFK was a centrist Democrat and would win reelection in 1948 as well as a third term two years later.

Afterward, John F. Kennedy immediately ran for Henry Cabot Lodge’s seat in the Senate and won the election in what was a remarkable upset. It was during his first year in the Senate that he married Jacqueline Lee Bouvier. Jackie would watch him receive surgery two years later for his chronic lower back pain. JFK and Theodore Sorenson wrote the Pulitzer Prize-winning biography, Profiles in Courage, while he recovered. Three years later he was running for Vice President of the United States alongside Aldai Stevenson. Following general election defeat and four more years in the Senate, he announced his run for the presidency.

John F. Kennedy emerged victorious on election night in November 1960 by a narrow margin. Thus, he became the youngest and very first Roman Catholic to win the US presidency. His inaugural address highlighted his intention to stand up to the communist threat in the Cold War as well as his desire to secure prosperity at home. Intervention in the Soviet Union’s ties to Fidel Castro’s Cuba that led to his administration’s first scandal – the Cuban Missile Crisis. He would trade US missile sites close to the Soviet territory for the Soviet Union’s sites in Cuba.

John F. Kennedy's foreign policy credibility improved drastically when Nikita Khrushchev joined him to sign the Nuclear Test Ban Treaty in 1963. They did so alongside British PM Harold Macmillan. The Cold War, however, drew him into the ill-advised Vietnam War. Back home he slowly got involved the Civil Rights Movement most notably endorsing the March on Washington in his second year in office. Plans were made to push work on a piece of comprehensive civil rights legislation he had in mind through Congress.

John F. Kennedy missed out on the historic opportunity with his assassination on November 22, 1963. Lee Harvey Oswald fired two shots at Kennedy’s motorcade as he made his way from an airfield in Dallas to the city’s Trade Mart. Those shots, one to the head and another to the neck, proved fatal. John F. Kennedy left behind his wife, two children, and a grieving nation that admired him for his lifetime of service and couldn’t quite believe what had happened. Oswald’s subsequent conviction barely brought closure.