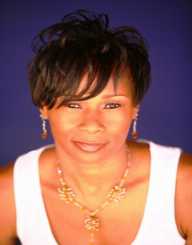 Jemeker Thompson was one of the most leading drug dealers in Los Angeles in the 1980s. The FBI called her Queen Pin for her tough demeanor in the male-dominated crime network.

Jemeker Thompson was raised by a single mother amongst her five siblings in the family. Life under a single mother was tough. She encountered harsh life conditions while still a child. At the age of three, their family was evicted from their home. The eviction was a life-changing moment. Thompson vowed never to go through the same experience in her life. After the incident, she decided to go to her grandmother in Mississippi. She did not stay long at her grandmother’s place. Thompson returned to her mother in South Central Los Angeles.

The hardship experiences haunted her. The resolve to grow rich faster was evident. She started engaging in relations with the underworld. Thompson got attracted to a new boy in the neighborhood. Anthony Mosley was her kind of choice. He was handsome, rich and had a charming charisma. Soon she was involved with him. Mosley also called Daff on the streets, introduced her to the drug business. She started peddling marijuana while still in school. Within a short while, Thompson realized that the business brought in quick cash. When she cleared with high school, Thompson moved in with Mosley.

The two graduated their business from marijuana to selling cocaine. The switch was rewarding to the finances. Mosley delivered the consignments, while Thompson collected the payments and searched for new market opportunities. Mosley and Thompson got married and the business became a family affair. Thompson was living her dream life. She had money, fame, and power. Her life took a new turn when Mosley died. He was shot at his car parking lot. The killers never stopped for anything. Thompson believed it was a drug-related elimination murder. She was alone with her son. Things took a different turn in 1984 with the coming safety crackdown in preparations for the summer games.

Now a widow, she decided to progress on with the business. To conceal her illegal activities, she opened a beauty store for ladies accessories. She sold hair additions and other hair related products to the Los Angeles high-end elite. This provided the cover she needed from suspicion. Thompson traveled across major cities in the US in search of new territories for her drugs. To prove her worth, she became ruthless in her dealing with the seasoned male connections.

When her business stabilized, she started dating again. This time it was one of her former bodyguards called Cheese. He was arrested in a police dragnet. Cheese negotiated for a lesser penalty by disclosing the source of the business. Jemeker Thompson was mentioned as the tough drug lady. She ran away to avoid arrest. While a fugitive, her son was staying with her mother in Los Angeles. The FBI opened her investigative file and code-named her Queen Pin of Los Angeles.

In 1993, Thompson returned to Los Angeles after over two years in hiding. Her son was graduating in his sixth grade. Unaware that the police were tracking her, she attended the school ceremony. She was arrested on the school premises. The two-year long goose chase run was over. Queen Pin was in police custody.

Thompson was tried and sentenced to a 15-year prison sentence. This was a relief for her. She had expected about 25 years to life imprisonment for drug trafficking crime charges. She was sent a high-security facility in Los Angeles. The facility also had other hardcore drug traffickers like Griselda Blanco, Squeaky Fromme amongst others.

The prison life was a turning point in her life. The lack of money and power humbled her soul. She started going to church services and praying. She denounced her former life and became a reformed Christian. Her transformation brought other inmates into the regular prayer meeting she conducted. Thompson was freed from prison in 2005. Her sentence was commuted to 13 years.

Since her release from prison, she has been a champion of anti-narcotics to the youth. She holds regular campaigns to sensitize the young people of the dangers of the drug business. Thompson is a church minister at the Second Chance Ministries. This is a ministry she founded after her release. The church helps her in calling the youth out of the streets for a better future.

Her life transformation is a guide to other young people that crime never pays.