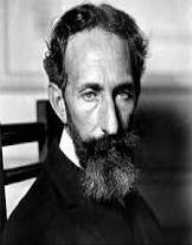 Horacio Quiroga was a poet and short story writer from Uruguay.

Horacio Silvestre Quiroga Forteza was born in the city of Salto, Uruguay, on December 31, 1878. His father was called Prudencio Quiroga, and he worked for the Argentine Consulate. His mother was called Pastora Forteza. He was the sixth child in a middle-class family. His father accidentally killed himself with a shotgun when he was still a baby.

Quiroga studied in the city of Montevideo. He attended the National University and the Polytechnic Institute. During his studies, he worked in a shop that repaired machines. He also founded the Salto Cycling Club.

Horacio Quiroga started to gain an interest in poetry when he was in his early twenties. He explored the work of different poets and literary movements. He soon began to publish some of his poems in his hometown.

He started to work with magazines like La Reforma and La Revista. In 1899, he created his magazine called Revista de Salto. Quiroga and a few of his friends founded The Consistory of The Gay Science. They used the group to experiment with their writing and their modernist style.

After a series of disturbing events in his personal life, Quiroga decided to leave Uruguay and move to Argentina. His sister’s husband found him a job as a teacher. In 1903, he started teaching Castilian at the British School of Buenos Aires.

That same year, he accompanied the poet Leopoldo Lugones on a trip to the jungle to investigate Jesuit ruins. He was deeply affected by the forest. He tried to buy some land for cotton, but his idea could not come true.

Horacio Quiroga returned to Buenos Aires, and he started writing short stories. In 1904, he published a collection called The Crime of Another. It was inspired by the works of the famous American poet Edgar Allan Poe. In 1907, the magazine Faces and Masks published his horror story, “The Magnificent Pillow.” It became his first big success.

Quiroga spent the next few years living in the jungle with his family. He came back in 1917, and he got a job at the Uruguayan Consulate. That same year, he published the collection of short stories called Tales of Love, Madness, and Death.

It became a great success, receiving praise from critics and a large number of readers. The next year, he published Jungle Tales, a book of children’s stories. Over the next few years, he released the collections The Wild, Anaconda, and The Desert.

He created the Anaconda Association, a group of influential intellectuals from Uruguay and Argentina. In 1920, he published his only play, The Slaughtered. He then became a film critic. He even wrote a screenplay for a film, but the project was canceled.

Horacio Quiroga returned to the jungle. After a while, he moved back to the city. He started working for the consulate again. He frequently hung out with prominent writers and poets. He published two more short story books – Exiles in 1927 and Beyond in 1935.

Horacio Quiroga had a tumultuous personal life. His stepfather killed himself, and his brother and sister died from typhoid fever. He also accidentally shot his friend while cleaning a gun and the police cleared him of the crime.

She was the same age as his daughter. They had a child on their own, called Pitoca. She left him a few years later because she did not want to live in the jungle.

In 1935, Horacio Quiroga found out he had prostate cancer. The symptoms became unbearable, and the doctors soon told him it was inoperable. On February 19, 1937, he drank a glass of cyanide to end his misery. He was buried in Argentina, but his remains were later transferred to Uruguay.