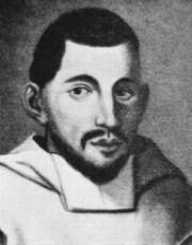 Giovanni Gabrieli was born on April 2, 1557. He was an Italian composer. He was also an organist. He was a proponent of the Venetian School of Music.

Giovanni Gabrieli was born on April 2, 1557, in Venice, Italy. He was brought up alongside five siblings. He was raised up by his uncle. His uncle was however not kind to him during his childhood. He attended Duke Albert V’s Court in Munich. He stayed in Munich until 1579. He was inspired by Orlando de Lassus with whom they attended the same school.

In 1584, Giovanni Gabrieli served as the principal organist at the Saint Mark’s Basilica. He later returned to Venice. His uncle died, and he took the task of editing his late uncle’s music. He later became an organist at the Scuola Grande di San Rocco. He composed numerous songs for San Marco. He was then recognised as among the most established composers in Europe. In 1597, Composers travelled from Germany to Venice to study his volume ‘Sacrae Symphoniae.’ He also encouraged scholars to explore the madrigals written in Italy.

Giovanni Gabrieli preferred the style of sacred vocal and instrumental music in his compositions. His motets were published in the volume of Concerti.  Some of his works include ‘Canzoni e Sonate’ and ‘A Venetian Coronation’ among others.

Giovanni Gabrieli never married. In 1606, he started suffering from ill health. He died on August 12, 1612, from complications related to Kidney Stones in Venice. He died at the age of Fifty Five.