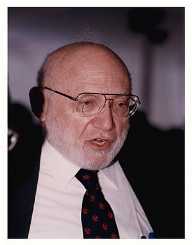 Renato Dulbecco was an American Italian virologist and a Nobel Prize in Physiology or Medicine winner. Born on February 22, 1914, Renato Dulbecco won the prize along with David Baltimore and Howard M. Temin for their work on oncoviruses, a virus that causes cancer when they infect animal cells. The three were pioneers in the growing of viruses in a culture giving knowledge into cell growth. Their research helped in the study of cancer cells in fighting against cancer.

Renato Dulbecco was born in Catanzaro, Italy on February 22, 1914. The family moved to the coastal city of Imperia soon after the World War I. Growing up here, he explored the serene environment of Imperia and its beach and patronizing a meteorological laboratory at the area, Renato Dulbecco grew a passion for physics. With the knowledge acquired there, Renato Dulbecco built a small seismograph and a vacuum tube radio for his mother. At age 16, Renato Dulbecco had already graduated from high school and enrolled at the University of Turin. While there, Renato Dulbecco relegated his interest in physics and mathematics and decided to study medicine.

Renato Dulbecco graduated in morbid and pathology at age 22 with supervision from Professor Giuseppe Levi. It was around this period that he met Rita Levi-Montalcini and Salvador Luria, who would play an important role in his career development. Dulbecco died in 2012 at age 98,  in La Jolla, California.

Renato Dulbecco was drafted into the Italian Army for his military service as a medical officer. He was discharged in 1938. Renato Dulbecco was called back to the army in 1940, during the World War II. He served as a medical officer at the French front and later moved to the Russia, where Renato Dulbecco got injured and hospitalized for months. Getting well, coupled with the collapse of the Mussolini government and end of fascism, he joined the resistance against German occupation. Renato Dulbecco returned to Levi’s laboratory after the war where he worked with Rita Levi-Montalcini. Rita then advised him to move to the United States, where his friend, Salvador Luria, had already gone. In the summer of 1947, Renato Dulbecco and Rita left Italy for the United States.

In the United States, they settled joined Salvador Luria at the Indiana University where they researched into bacteriophages. While there, he found out that enzymes could be used in repairing cells damaged by through ultraviolet exposure. This caught the attention of Max Delbruck, a leading professor at the California Institute of Technology who invited Dulbecco to join Caltech. He finally moved to Caltech in the summer of 1949 to join Max and his group. In 1953, he became an American citizen.  During this time, he researched into animal oncoviruses, particular in the polyoma family. He worked with Marguerite Vogt the research on polyomavirus that produces tumors in mice and leaves its DNA in the DNA of the host cell. This cell of the host then develops into a cancer cell and reproduces the viral DNA along with it DNA thereby creating more cancer cells. With this, Dulbecco postulated that reproducing of human cancer cells could take a similar form.

Renato Dulbecco moved to the Salk Institute in 1962 and after a decade joined the Imperial Cancer Research Fund, currently known as the Cancer Research UK, London Research Institute in 1972. He returned to Salt Institute in 1977 and later joined the University of California’s medical faculty. Dulbecco was an integral part of the scientists who launched the Human Genome Project in 1986 to research more into DNA and cancer cells. He the United States for Italy from 1993 to 1997 and became the was president of the Institute of Biomedical Technologies at C.N.R. (National Council of Research) in Milan during that period. Until December 2011, he played an active role in the in study into the identification and characterization of mammary gland cancer stem cells

Renato Dulbecco and his team of researchers, Temin and Baltimore, were able to prove that a normal cell being infected by certain types of viruses (oncoviruses) can result in the build-up of virus-derived genes in the host cell genome. This, according to the research leads to the acquisition of the tumor phenotype of the infected cells. Temin and Baltimore showed that, when a viral gene is transferred to a cell, an enzyme known as reverse transcriptase (RNA-dependent DNA polymerase), facilitates it and then replicates the viral genome into DNA. This would later build up in the host genome. It was established that oncovirusescause some form of human cancers. The team's discovery paved the way for how best to understand and fight cancer. Renato Dulbecco, David Baltimore, and Howard M. Temin were jointly awarded the Nobel Prize in Physiology or Medicine winner in 1975.

Aside from the Nobel Prize, Renato Dulbecco received other awards including the Society for General Microbiology’s Marjory Stephenson Prize, in 1965, the Louisa Gross Horwitz Prize from Columbia University and the National Academy of Science’s Selman A. Waksman Award in Microbiology. He was a Foreign Member of the Royal Society.

One of Renato Dulbecco quote on cancer is “While we spend our life asking questions about the nature of cancer and ways to prevent or cure it, society merrily produces oncogenic substances and permeates the environment with them.”