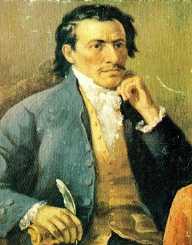 His father was a Quichua Indian from Cajamarca and moved to Quito as an assistant to Jose del Rosario, a priest, and physician. There is some controversy in relation to his mother. Some historians believe she was mulatta; others argue that she was white. This is due to the marriage of his parents being recorded in the book for ‘white’ marriages, although due to the mixed marriage, they were known as ‘criollos,’ who were inferior to whites in the caste system of the day.

The records of Eugenio Espejo  birth, as well as those of his siblings, were also recorded in the same book for ‘whites.’

In 1772, Eugenio Espejo asked for permission to be able to practice medicine in Quito, and the request was granted.

From 1772 to 1779, posters that were condescending and controversial towards the authorities were hung on doors of churches and buildings. Although the person making the posters was anonymous, and there are no posters that have survived, there is evidence in some of Eugenio Espejo's writings that he was responsible.

In 1779, Eugenio Espejo started writing under a pen name. Over the next few years, he authored several writings, mostly cynical and satirical. They highlighted the lack of education of local people in Quito and the corruption in the government. He wrote in dialogue so it would be easier for the common people to understand.

He had come to the attention of authorities because of his writings, and in 1783, he was named as the head physician for a scientific expedition to establish the boundaries of the Audiencia. Eugenio Espejo  tried to get out of the appointment, but to no avail.

The Audiencia was a royal court initiated many years earlier, to help keep the colonies of Spain organized. Quito was the central colony at the time.

In 1785, Eugenio Espejo  was requested by the town council to write about smallpox. The outcome was one of Eugenio Espejo ’s best written works – Reflexiones acerca de un metodo para preserver a los pueblos de las viruelas. Espejo was very blunt in his observations about hygiene and sanitary health. He was critical of the priests and doctors in charge of public health, and in the end, had to leave Quito, as they forced him out of town.

As he was travelling to Lima, Eugenio Espejo stopped in Riobamba. He was asked by the priests if he could reply, on their behalf, in relation to accusations in a report by Ignacio Barreto, the chief tax collector. Accusations had been made against the priests in relation to abuse of Indians, and the priests wanted to defend themselves. Espejo was happy to help as Barreto was one of those that turned him into the authorities when he had tried to escape from going on the expedition.

Eugenio Espejo  stayed in Riobamba, and continued his attack on those opposed to him. He was also accused of writing against both King Charles III, and the Marquis de la Sonora. Eugenio Espejo  was eventually sent to prison, from where he promptly wrote petitions to the Court in Madrid. The Court decided Espejo’s case would be heard in Bogota by the Viceroy, and Espejo was sent to defend himself.

Eugenio Espejo  was successful with his defense, and in October 1789, he was a free man, and allowed to return to Quito.

He returned to Quito in 1790, primarily to promote the Patriotic Society. A branch of theSociety opened in 1791, of which Eugenio Espejo  was elected as director. That same year, the first public library was opened. Over 40,000 books had been left behind by the Jesuits when they were expelled from Ecuador, and these were used to establish the library.

The most important task of the Society was to improve the lifestyle and city of Quito. There were 24 members, and they met on a weekly basis to discuss topics like education, agriculture, politics, and socio economics.

Through the Society, the first newspaper, Primicias de la Cultura de Quito, was established in Quito, and printed by Eugenio Espejo . The newspaper started in early 1792, but by the end of 1793, King Charles IV dissolved the society, and the newspaper stopped printing.

Eugenio Espejo worked as the librarian in the library, but because of his liberal way of thinking, in early 1795, was captured and sent back to prison. He was only allowed to leave his cell to go and treat his patients (in his capacity as a doctor), and in December that same year, he was allowed home to die. He died from dysentery, which he contracted while in prison.

Unlike his birth certificate, his death certificate was registered in the book that was for Indians, blacks, and mulattoes.

There are 17 written works attributed to Eugenio Espejo , between the years 1778 and 1793. Some are medical, some satirical, and some legal. Although he attacked the clergy at times, he never attacked the church in his writings. He was a very learned man, who was well-read and wanted the best for the people of Quito.

Eugenio Espejo  had a profound effect on his close friends – Juan Pio Montufar, Juan de Dios Morales, and Juan de Salinas. Eugenio Espejo  died in 1795, but only a few short years later, in 1809, his three friends, along with a fourth person, were responsible for the revolution and declared Quito’s independence from Spain.

Eugenio Espejo  is considered one of the most important people in colonial Ecuador.