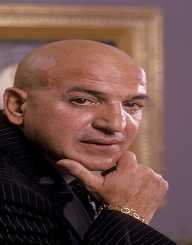 Dominique Pire rose to fame as a Belgian Cleric and educator. He vehemently hailed as the most influential person to help the refugees during the World War II in Europe. He effortlessly dedicated his time to humanitarian works. In other words, his work was to help thousands of people to benefit from his service.

In the course of his career, Pire advocated for nothing else but unity among each other. He was born in Belgium, but the WWI caused his family to flee from the Germans. It was there that they went to settle in France. After four years his father went to look for his house in Belgium where he saw nothing constructive. Being called as a refugee caused Pire to live a hateful and impoverished life. At his teenage life, he joined the Dominican monastery of La Sarte at Huy.

Dominique Pire furthered his studied where he graduated his doctorate in theology. In between, he taught philosophy and sociology. What left other people Alas! Was his dire need to help others. His works towards the society made him receive awards like Nobel Peace Prize among others. Read on.

Fame and popularity followed Dominique Pire like a plague. He was indeed born as an executive, and there is no chance or time that he came to criticize or blame his line of work. Perfection was something that was instilled in his dictionary since in inception. He was the kind of person who felt sorry for the hungry instead of himself. He didn’t care much about his future but other people’s basic needs. Efficiency and dedication were his next of kins. More than gifted, Pire transitioned as a calm and humble person who lived happily with other no matter the background level. Such was a noble soul that lived amongst us.

On 10th February 1910, Dominique Pire was first seen in the world in Dinant, Belgium. His father was called Gorges Pire while his mother was known as Berthe Pire. At a younger age, he loved to spend some time with his three younger siblings. In the course of WWI, his family was forced to move out of their native land for safety. They went to live in France before returning to their native land. Unfortunately, their beautiful home was turned into ashes which forced them to toil further for their upkeep. As a result, Dominique’s life changed into a sensitive but intelligent young lad.

Dominique Pire majored in philosophy at De Bellevue College, and later he joined La Sarthe Institute in Belgium. At the end of 1932 Pire took a vow where he was given a religious name called Dominque Pire. Afterward, he went to study theology and later social sickness at the Pontifical International Institute. In 1936 he received his doctorate in theology, all thank his dissertation.

After his graduation, Dominique Pire went to Huy where he landed a teaching job in philosophy. It was at this time that he came to realize that humanity works best for everyone. At the end of it all, he tried the humanitarian field with success. At first, he improved the human living standards by providing them with shelter and food.

In 1938 Pire formed an organization called Mutual Family Aid as well as Open Air Camps for vulnerable children. In 1939 during the WWII Dominique helped people to flee to safe places. It wasn’t a doubt that the situation made him recall about his childhood life. As a result, he made regular visits to Austria and the process he authored a book. In 1949 he established an organization called Aid to Displaced persons.

His dire need to help the needy made his organization to establish new branches in other parts of Europe. From 191950 to 1954 he founded four refugee homes that he called at Esnexu, Aertslaer, Huy, and Braine-le-Comte. To bring up the balance Pire opted to partner with other well-wishers across the globe.

Pire’s idea of re-building small homes for the refugees came to pass. This started when he helped to establish over seven villages including Aix-la-Chapelle, Augsburg, and Wuppertal among others. In 1957 he partnered with other sponsors where he re-established a charitable organization.

In the mid of 1960, Dominique Pire launched the Mahatma Gandhi Peace Centre that was later called as the University of Peace. The institution welcomes any ethic who plans to create more awareness for peace and harmony. The following years, Pire continued to establish organizations such as World Friendships for Asian and African refugees.

Dominique Pire is best recalled for his immense and profound work during the post-World War II in Europe. He genuinely took his time to create shelter and food for seeking people. During the WWII he took time to link with different sponsors where they distributed medicine, clothes, and food to the displaced.

In the course of his career, tons of people noted Dominque’stalent. In the process, he received countable awards and recognition. Some of the notable ones include The Resistance Medal, The War Medal, The National Recognition Medal, and Nobel Peace Prize among others. When it comes to his personal life, Pire accepted to live as simple guy who dedicated his time and service to humanitarian works. As a result, he opted to remain single for the rest of his life. It was on 30 January 1969 that Dominique Pire breathed his last due to complications.