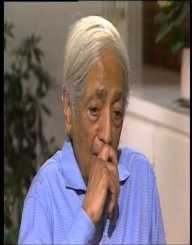 We always wonder why some individuals choose to study mathematics, engineering, and science. At times people think these types of alumni are nerds. The reality is that lots of students prefer the mentioned subjects, unlike arts and culture. From his teenage life, David Bohm had an extra will to explore how the world evolves. He ruled the 20th-century by describing the most significant fields of physics. In the process, he studied the philosophy of mind, quantum theory and a study of the function and behavior of the nervous system.

David Bohm also played a significant role in the course of the Manhattan Project as well as the 1940s Hiroshima and Nagasaki bomb incident. It came to a point where prison became his second home because there were suspicions that he befriended the Communists.

David Bohm was widely known as a friendly and enthusiastic person who knew how to differentiate between work and leisure. This gave him a chance to have an optimum balance in his life. Fierceness and undefined ambitions always drove him. Deep inside, David was a noble and kind-hearted man who was quick when it came to helping the needy. In everything he did, he actively utilized a sense of appreciation and patience.

David was always ready to tackle anything as long as he didn’t take too much time on one project. He was born with extreme curiosity that made him fascinate the world with his discoveries. Since inception, he fully embraced an industrious trait that allowed him to experience different ordeals of life. Luckily, his positive approach gave him a chance to forgo life’s disappointments.

On December 20, 1917, David Joseph Baum was first seen in the world in Wilkes-Barre, Pennsylvania. His mother, Frieda Bohm suffered from mental instability. As a result, his father, Samuel Bohm took care of him and his younger brother, Robert. At his tender age, it was quite hard for him to play with his age mates due to the struggles that he underwent at home. He wasn’t at peace due to his mother’s health as well as his father’s concentration in business.

David Bohm started his career as a promising scientist when he joined the California Institute of Technology. Early in 1943, he received his Ph.D. in Physics when he was still showing his competency in Manhattan Project. Although he didn’t have a security clearance, he was trusted due to his incredible works. After three years he landed a job at Princeton University as an Assistant Professor. It was here that met Albert Einstein.

In the mid of 1949, David Bohm found himself behind bars because of spreading the word about Marxism. He was then released after several months when he landed a position as a Professor of Physics in Brazil. While still there, he started to write as well as publish his first writings.

In 1957 David went to the UK where he completed his studied with a discovery of the behavior of electrons. In 1961 he was appointed as the Professor of Theoretical Physics at the University of London. The same years he published a book titled The Ending of Time. In 1987 he retired from Birkbeck College, but he didn’t let go of his research and scientific writings. Some of his notable works were published when he called it quit the world.

In the mid of 1951, David Bohm released his first book titled Quantum Theory which is still regarded as the most influential book in the science department. After six years, David partnered with one of his student where they discovered an Aharonov-Bohm Effect.

In the mid of 1990, David Bohm was appointed as the Fellow of the Royal Society. Bohm had a close relationship with other scientists such as Albert Einstein, Georg Wilhelm, and Owen Barfield. He breathed his last on 27 October 1992 due to a heart attack in Hendon.