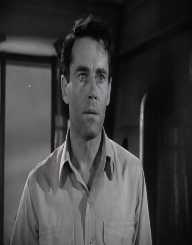 Film director Anatole Litvak was born on the 21 May 1902 in Kiev, Russia.

Anatole Litvak started out as a stagehand in 1915 when he was only thirteen years old. He then progressed to acting, working in theatre in St Petersburg Russia. Later he found a job at the Leningrad Nordkinn working on set design before progressing to directing short feature films. After the political upheaval in Russia in 1917 and the subsequent nationalizing of theatres, he moved to Berlin Germany.

He had a breakthrough in 1925 when Anatole Litvak had the opportunity to work for director Georg Wilhelm Pabst. His first job was to edit The Joyless Street (1925) which starred Greta Garbo. In the 1930s Nazism was on the rise in Germany and Litvak decided to move to France. He made another breakthrough when he directed Mayerling (1936). It won international acclaim and led to offers from Hollywood.

Anatole Litvak was awarded the Legion d’Honneur and Croix de Guerre by France, an OBE by the UK. The United States awarded him the Legion of Merit and Bronze Star Medal.

His first wife was the actress Miriam Hopkins whom he married in 1939 and divorced two years later. Anatole Litvak then married Sophie Steur in 1955, and they remained married until his death in 1974.