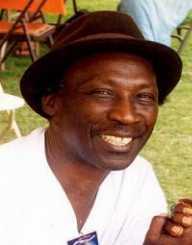 Alton Ellis is known as one of the famous figures in the music industry who popularized RnB music with a twinge of Jamaican vibe. He was also known as the Godfather of Rocksteady music.

Born as Alton Nehemiah Ellis in Kingston, Jamaica on September 1, 1938, he came from the same native town of fellow Jamaican singer Bob Marley. His family consisted of two older brothers named Leslie and Irving, and a younger sister named Hortense who he performed alongside with in his early career.

For his primary education, he attended Ebenezer and Boys’ Town School where he excelled in the field of sports and music. He taught himself how to play the piano and started performing as a dancer on school shows. He later shifted to singing after winning many competitions and began his career with Eddy Parkins forming half of the duo Alton and Eddy in 1959.

Alton and Eddy started their career with their hit entitled Muriel which he wrote and was released in 1959 that topped the Jamaican Charts the same year. At the time, Alton Ellis was juggling his career as a singer and as a laborer in a construction site. Soon enough he left construction and focused on his musical career instead.

With the release of Muriel, several hit tracks followed that kept Ellis and Parkins’ name at the charts. The track was soon followed by the release of multiple hits such as My Heaven, Lullabye Angel, I Know It All, and I’m Never Gonna Cry. The duo’s last known hit was Yours before Parkins ended their partnership to pursue a musical career in America upon winning a major talent competition.

For a time, Alton Ellis performed with younger sister Hortense and produced the track Don’t Gamble with Love in 1965 which was a slow R&B vibe.

In the mid-60s, the music genre at Jamaica was embracing the rocksteady genre from ska. He also started making music under Alton Ellis and The Flames. The group spearheaded the new genre of Jamaican music. His album entitled Mr. Soul of Jamaica is considered one of the most prominent rocksteady albums in music history.

With the rising popularity at hand, Ellis toured a part of the United Kingdom alongside Ken Boothe starting in 1967 and spent his time back and forth between London and Jamaica for recordings. He was active to the music scene up to the early 1980s when his health slowly declined and turned for the worse.

Finally, on October 10, 2008, Alton Ellis succumbed to his sickness in London from a type of bone cancer called myeloma. He was 70 at the time of his death and was given a state funeral thanks to his contribution to Jamaican music.

Ellis was inducted at the International Reggae and World Music Awards’ Hall of Fame in 1970 and was the recipient of the Order of Distinction as awarded by the Jamaican government for popularizing the island’s culture.