Feng Shui Numbers That Can Change Your Life

The role of lucky and unlucky numbers is not strange to both western and eastern cultures, although, in certain places, the value of a lucky number, is an unfortunate amount taken into account. So, remember having a lucky jersey number? Or even a favorite number? In western culture, the value of numbers mainly in sports and perhaps if we are “OCD.” Let’s find out more about Feng Shui numbers.

In Chinese/eastern culture, numbers have a deep significance and should be used properly to avoid negative occurrences and to incur luck and good fortune! Odd numbers not to be seen, but some have good things attached to them. Often, the positive or negative meanings of each number is based on the way they are pronounced and what words they sound like in certain Chinese dialects (mainly Cantonese). So, a number may be inauspicious because it sounds like a negative word in Cantonese. Let’s look at numbers 1 through 9.

It represents the power of relationships. Two is better than one!

It Implies the union of three things mother, father, child or birth, marriage, death. Associated with the word “death” in Cantonese.

This is not considered to be a lucky number.

The representative of the five elements (fire, air, water, metal, earth), the five senses, or even the basic five colors. (could also have a negative meaning).

This number is related to the emotions love, joy, hate, sorrow, anger, and delight.

This number indicates self-evaluation and certainty. It sounds similar to the word “sure” in Cantonese.

This Feng Shui number is highly used. It implies abundance, wealth, and success because it looks like the infinity symbol and sounds like the word for “prosperous growth” in Chinese.

This number is associated with longevity, wealth, success, and personal goal achievement. This could be because it represents the fullness and balance of the heavens and the earth or because the emperor had 9,999 rooms in his palace in the Forbidden City in Beijing.

*As a side note, it was mentioned in certain sites that number 10 is the embodiment of perfection and difficult to use because perfection is impossible to attain.

1, 3, 5, 7, and nine are odd, and yang numbers, and 2, 4, 6, and 8 are yin numbers. The combination of two of these numbers would create a balanced and auspicious pair. As mentioned above, each number has its meaning and symbolism in Chinese culture.

Numbers are thought about when buying a house (the address), picking out a new phone number, constructing an apartment building (the number of floors), and purchasing a license plate. The numbers that are particularly lucky and auspicious are 2, 8, and 9. So, numbers should be used by making a decision. The unlucky number is 4, and 13 is beginning to be thought of as unlucky as well.

Just imagine viewing numbers as having this kind of power: In China, someone paid over 270,000 US dollars for a phone number that looked like this: 8888-8888. Wow! That’s a lucky number! In China, for dinner parties, people may give two gifts instead of one, since pairs are in balance and auspicious.

Remember to think about the Bagua, or Feng Shui map, when taking these tips and suggestions. For example, put one turtle in the career sector of the home to help encourage those energies. Since 2 denotes pairs and relationships, place two of the same objects in the love/relationship sector of the home.

For example, perhaps placing two red peonies in the love area would be most auspicious to help the relationships in the home. Because of the number 3’s connection to family life, group 3 family photos in the family sector.

If this will help ease tensions and help the family to grow in a positive direction. Chinese Feng Shui does not use number 4. For number 5, think about putting five decorative objects together in the living room, such as candles or bowls, to represent the balance of the elements and therefore inspire balance in the home.

But the number 6 is linked to the emotions, and we all want to encourage positive ones to be around us in our home and work areas. So place six of the same objects in a particular sector of the Bagua to bring good energy to that area. Use similar methods for the numbers 7, 8, and 9 to bring growth and lively chi to space.

How to Use Feng Shui Numbers in our Everyday Life?

Numbers can be related to objects in many ways. I am thinking about using the number 9 when changing a computer password. Use the number 8 when deciding on a number pattern for a license plate.

Or maybe add a 2 to an email address. In this day and age, there are so many ways we can use numbers; we have so many options. Try and use all of the numbers in one’s home or workplace, but consider using the most auspicious ones: 2, 8, and nine frequently. 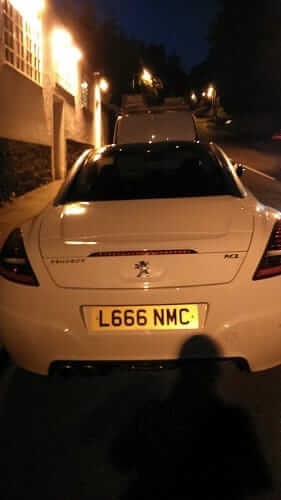 We’re all used to the idea of lucky and unlucky numbers, but many of us don’t know how these ideas came about or why people feel the way they do about certain numbers.

Next time when considering the purchase of a new home and address is on the horizon, or when choosing a unique phone number, keep in mind the power they have and be sure to use them properly!

Share
Previous Chinese Horoscope 2026 – The Year Of The Fire Horse
Next Which of the Four Elements Match Your Personality?