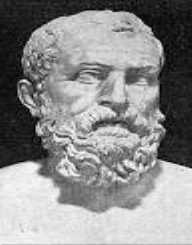 Athenian statesman Solon ventured into politics, lawmaking and writing poems during his lifetime. The social, economic, and political fabric of Athens was in complete disarray before the introduction of the measures initiated by Solon. He introduced and pursued many measures aimed at bringing social reforms for the people of Athens. Considered among the ‘Seven Wise Men of Greece’ he is also credited with laying the foundation of democracy in Archaic Athens.

Solon was born in Athens in a distinguished family. There are differences of opinions about his birth year. According to modern historians, he was probably born between 638 B.C. and 630 B.C. The Greeks did not keep any historical records of that era. Hence, very little information is available about his personal life.

Around 600 B.C. Athens was fighting a bitter battle with its neighbour Megara. The conflict was related to the possession of the largest Greek Island called Salamis. The Megarians went on defeating the Athenian forces repeatedly. As a result, the Athenian forces were in great distress. The legend says that Solon recited a self-written poem publicly among the soldiers to boost the sagging morale of the army. The poem worked wonders. It rejuvenated Athenian forces. They shortly captured Salamis after resuming the war with extraordinary zeal. In spite of the defeat, Megarians refused to forego their claim over the island and referred the matter to the Spartans. After that, Solon, on his part, prepared a well-documented case to the appellate authority. By the strength of his evidence, Athens won the right to possess the island.

Around 594 B.C. Solon brought in legislation seeking to free the enslaved citizens from their debts. Athens was in a state of emergency due to civil war. The civil war emanated due to decades of exploitation of the poor and downtrodden by the affluent people of the country. The existing legislation allowed the rich people to extract 1/6th part of any produce cultivated by an insolvent borrower. It also permitted the rich to tie up those debtors to their land. Solon enabled all such incarcerated residents to get their freedom. He also freed their lands. It was his first significant reforms measure enacted through legislation.

His next effort was to increase the standard of living and general prosperity. He tried to provide alternative livelihood to those people who were not comfortable with farming. Hence, he encouraged different trades, professions, and vocations. His primary focus was to produce sufficient cereals to feed the entire population. He also endorsed export of olive oil. It was among one of the major alternative occupations. He introduced a new system of minting coins and made suitable provisions for circulating the same.

One of Solon’s most remarkable socio-economic reforms was to divide the citizens into four income groups. The criterion of this division was solely the annual income of the citizens. People who were in the lowest income category were not required to pay any tax. They were also not eligible for any office and were not provided any military equipment. The second lowest group paid tax at the lowest rate. They were entitled to get minor jobs and were given body armor. People of the higher income groups mostly got all facilities. Consequently, they even paid taxes at higher rates.

In Athens, many of Solon’s poems were introduced in the Athenian education system. These poems were rich in ideas rather than its literary forms. Many of his poems reflected his rational thinking of the fundamentals of human life presented in a primary and straightforward method. Unlike his predecessors, he distinguished between events that can be controlled by human intervention and activities that cannot be controlled by the same.

He aptly described this in his poem, and he states that war is a human-made event. Greed, lust for power of the people, cruelty, and injustice are the sole factors of infighting between the people. To prevent such situations, people should be sensible and law abiding. Human relations are dependent upon people’s understanding of rules, self-restraint and good intentions to obey the laws. His poems narrated all these philosophies of human life in a lively fashion.

Apart from his landmark social reforms measures and writing poetries, Solon traveled a lot during his spare time. Traveling far and wide, he visited Egypt and acquainted himself with the high and mighty authorities of Egypt. After his exit from Athens, the old conflict between citizens resurfaced. Solon came back to Athens after traveling for ten years. One of his relatives named Peisistratos became the ruler of Athens in his absence.

Peisistratos turned out to be a fascist, old-fashioned, tyrant ruler. Over time, he reversed all the good works initiated by Solon. Upon his return to Athens, Solon challenged the authority of this autocrat. However, he could not succeed in stopping Peisistratos taking the reign of power in his hand. Solon died shortly after this event.