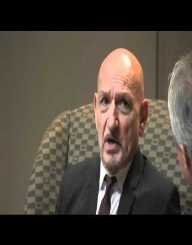 Wiesenthal’s family supported the age-long Habsburg monarchy at the time of his birth. He was born in the city of Buchach in the west flank of Ukraine. At the time, the city was still part of Poland. He lost his father during the WW1 and grew up without his nurture. He completed his schooling at the gymnasium in the year 1928 and sought further education in Lvov but was not successful. He was admitted to the Technical University of Prague, and he bagged an architectural degree in the year 1932.

Simon  Wiesenthal got allied with the American investigators after WW2 to unearth the crimes of the Nazis. This led him to conduct interviews across the Atlantic so that a trail can be made of the Nazi tormentors. While many people could not have envisaged the scope of his work and the remarkable results that came with it, there was no doubt he was legendary. He headed the Vienna -based Jewish Documentation Center, which he founded.

Wiesenthal largely worked with governments of Austria, Israel as well as European and other territorial authorities to locate the war criminals. A count of 1,100 was made as the number of people brought to book for the WW2 crimes. Notable among the uncovered culprits were Franz Murer, Adolf Eichmann, and Erich Rajakowitsch. He documented their crimes in his books like the 1967 “The Murderers Among Us” as well as “Max and Helen,” published in 1982, among others.

Simon  Wiesenthal was one of the captives held by the Nazis in concentration camps during the spell of the WW2. After the defeat of the Nazis and having been freed from captivity, he took upon himself to hunt the Nazi war criminals. This became his calling for the next sixty years of his life. His efforts made him a celebrity of sorts as the spotlight was always on him during his lifetime post-war. His story was made into movies, and he took on the tag of a hero for his many inquisitions to uncover the runaway Nazis. Wiesenthal bagged numerous degrees and awards at the honorary level from various universities and was hosted at the White House on more than one occasion.

On the scale of objectivity, while his forays were services to humanity, he often deployed unconventional means to gain attention. He lampooned other people who were committed to the same goals as him. He was also in the habit of appropriating the results of other people by calming credit for them. Wiesenthal’s story is well-documented in Tom Segev’s biography of him titled "Simon Wiesenthal: The Life and Legends."

An Enduring Legacy And Recognitions

Simon  Wiesenthal was knighted by Queen Elizabeth II and also the recognition of French Nazi resistance forces. The Austrian resistance forces also honored him as well. During the tenure of President Clinton, he also bagged the American Presidential Medal of Freedom. He was decorated by Jimmy Carter earlier on in 1980 with the Congressional Gold Medal. The French Luxembourg and United Nations authorities also garlanded him for his work. When the film “The Odessa File ‘was in the works, he also served as a consultant to the producers. He reprised the same role for the 1978 film, “The Boys from Brazil.” The year 1977 witnessed the launch of Simon Wiesenthal Center. The center hosts the LA-based Museum of Tolerance as well as the Tolerancenter in New York. The ideals of the center revolves around the defense of Jews and human rights

The Wiesenthal Center in 1981 released the film “Genocide,” which became Academy Award winner in the documentary category. The production featured the voices of Orson Welles and Elizabeth Taylor as narrators. Simon Wiesenthal gave the film’s introduction.

A Long Trail And Trials

When Simon  Wiesenthal got reports that Eichmann was hibernating in the South American country of Argentina, he relayed the details to the FBI and Israeli authorities. There were also claims at the time that the war criminal was in Damascus. This was still in 1953, but the German operatives confirmed in 1959 that Eichmann was still in Buenos Aires and this they relayed to the Israelis. The Mossad caught up with Eichmann who had adopted the moniker of Ricardo Klement in Argentina. Eichmann was executed on 31st May 1961 after he was found guilty of crimes against humanity.

When 16 officers of the Reich were brought up for trial in the year 1966, Wiesenthal was reputed uncovered 9 of them. These Nazis were tried in the German city of Stuttgart for their war crimes. The notorious Sobibor and Treblinka detention centers were under the command of Franz Stangl. This commander was most sought-after by Wiesenthal, and he nabbed the fugitive after thirty-six months of painstaking undercover activities. Franz was extradited to Germany from Brazil in 1967 and eventually died in prison after he was sentenced to a life term.

Another war criminal, a housewife named Hermine Ryan was uncovered by Wiesenthal in the American city of New York. She was also guilty of holocaust crimes. She was documented to have presided over the Majdanek mass killing of children. She was convicted after she was apprehended in 1973 and sentenced to life imprisonment.

Simon  Wiesenthal got married in the year 1936 to Cyla Mueller. She was working at the time in the city of Lvov before WW2 broke out. They were reunited in the year 1945 after the war.

They had thought either was dead during the holocaust and their reunion led to the birth of their daughter, Pauline.