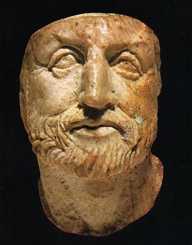 Until his assassination in 336 BC to 382 BC. King Philip led the kingdom of Macedon now referred to as Macedonia. His reign began in 359 BC. After his death, one of his sons Alexander the Great succeeded him. During his reign, he established a strong army that helped him conquer most of his battlefields.

King Philip was the last son of Amyntas III and Eurydice I. His date of birth is thought to be either 382 or 383 BC. At an early age, he was held hostage in Illyria by Bardylis between (c 368 – 365 BC). It was during his captivity when he received basic and military training.

After the assassination of his elder brother, he returned to take over as king after three years of captivity. During captivity, he learned a lot of diplomatic education and military skills from Epaminondas.

Just after ascending into power, he concentrated strengthening his internal position as the king and building a strong army. He introduced the phalanx infantry corps, which went on to be the most crucial army in Macedonia. His innovations and new skills saw his army grow from strength to strength.

He went on to equip the Macedonian army with Sarissa, a pipe-like weapon. The newly acquired firearms were superior compared to Greek weapons. Using the newly acquired machinery, he conquered Paeonia and Illyria. He helped his country regain the territory that his country had previously lost.

To consolidate power, he married some wives, especially from powerful opponents. This tactic helped him in consolidating power. He had more than seven wives including Molossian princess, the mother of Alexander the great.

Despite marrying Illyrian king's granddaughter, he invaded their territory in 358, killing close to 7000 Illyrians. The victory brought him a lot of respect among his opponents, including a favor from Epirotes.

He acquired the gold-rich city of Amphipolis in 357 from the Athens.  Over the next 20 year, he went on to win many battles. King Philip, however, suffered a major set in 353, after facing his first defeat since ascending to power.

An injury during war during war destroyed one of Philip's eye. The injury did not, however, deter his dream of reaching Persia. His long term goal was to conquer Persia and acquire its riches.

At the age of 46, one of his long term bodyguards assassinated him during preparation to invade Persia. The motive of his assassination is not, however, clear whether he acted on his will or someone else.

One of the theories explains that Pausanias was upset that Philip never helped him avenge a sex assault he had encountered. Even though this might have contributed, his killer might also have acted on behave of someone else. Considering that Philip had too many enemies, the second theory is the possible explanation for his death.

Philip II of Macedon greatest legacy was building a strong and united Macedonia. Also, he created the strongest army in the region. While his successor's achievements are incredible, a lot of credit goes to Philip for building a good foundation for him.