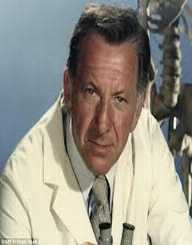 Born on April 27, 1922, Jacob Joachim Klugman best known as Jack Klugman is an American actor. The award-winning actor has featured in productions like stage, films and television series. He made a debut as a stage actor in 1950 before venturing into televisions and movies and has since played several of them. His debut film role was in Grubstake in 1952 which was followed by Time Table, 1956, 12 Angry Men, 1957 and Cry Terror! In 1958.

In 1964, Jack Klugman guest-starred in the television series The Defender, as Joe Larch which won him the Primetime Emmy Award. He also won a Golden Globe and Primetime Emmy after reprising his role of Oscar Madison in the series The Odd Couple from 1970 to 1975. He has also starred in works like The Twilight Zone, Quincy, Me, Dear God, When Do We Eat among several others.

Jack Klugman was born on April 27, 1922, was born in Philadelphia to Rose and Max Klugman. His father was a house painter and his mother a hat maker. During the World War II, Klugman served in the United States Army. He enrolled at the Carnegie Institute of Technology currently Carnegie Mellon University and graduated in 1948. Klugman was discouraged by his teacher who said truck driving would suit him better than becoming an actor. After his education, he moved to New York to seek for acting roles.

Jack Klugman after moving to New York finally grabbed an acting role in 1950 stating on stage and later graduated to television and film productions. His debut role was a minor one in the Mr. Roberts road company at the Colonial Theatre in Boston. The role brought him a television debut in Actors Studio also in 1950. Two years later, he made a Broadway debut playing the role of Frank Bonaparte in Golden Boy. Upping his game, he began to have a recurring role and in 1954 appeared in the opera soap, The Greatest Gift in which he played Jim Hanson and followed it with a live television broadcast of Producer Showcase’s episode The Petrified Forest in 1955.

After the broadcast, Klugman confirmed it was the highest point in his career. At this point, he was at his peak and had more prominent roles in films like 12 Angry Men, 1957, Broadway production of Gypsy: A Musical Fable, from 1959 to 1961 which earned him a nomination for Best Featured Actor-Musical in the Tony Award in 1960. He went ahead to appear in The Twilight Zone series from 1960 to 1963 in episodes like A Passage For Trumpet, 1960, A Game of Pool, 1961, Death Ship, 1963 and In Praise of Pip in 1963.

A year on, Jack Klugman guest-starred in The Defender and won his first Primetime Emmy Award. He also played a role in the sitcom, Harris Against the World, 1964 and another guest role on television including Insight, The F.BI, Casey and The Name of the Game. Klugman played Oscar Madison in the original Broadway production of The Odd Couple in 1965 and would reprise the role in an ABC adaptation of a television series from1970 to 1975. The series won him two Primetime Awards.

From one television role to the other, Jack Klugman after Odd Couple played a role of a pathologist, Dr. Quincy, in NBC’s Quincy, Me in 1976. He gained four Primetime Emmy Award nominations for his role. He later featured in I’m Not Rappaport, 1988 and co-starred in Around the World in 80 Days in 1989. That year, he fell ill of his already diagnosed throat cancer which put him on hiatus until 1993 when he appeared in Broadway’s Three Men on a Horse and later in the series Parallel Lives.

Jack Klugman has since appeared in productions like The Twilight of the Gold, and the comedy film Dear God in 1996, The Outer Limits episode Glitch, Crossing Jordan, 1997, The Sunshine Boys and When Do We Eat? He also featured in several other productions with his last being the stage production of Twelve Angry Men.

Jack Klugman married twice; first to actress Brett Somers in 1953. The couple was blessed with two children Adam and David. They separated in 1974 but officially did not divorce until her death. There are however records that the couple divorced legally in 1977. Somers died from cancer in 2007 at age 83. Klugman second marriage was to Peggy Crosby in 2008. The two had been in a relationship since 1988 but could only marry after Somers died. Klugman died of prostate cancer on December 24, 2012, at age 90 in Woodland Hills, California.

Jack Klugman has won awards like Golden Globe Award for Best Actor-Television Series Musical or Comedy in 1974, three Primetime Emmy Awards for Outstanding Single Performance by an Actor in a Leading Role and a TV Land Award in 2004.