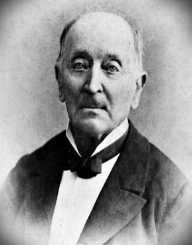 Ignacy Domeyko was born on July 31, 1802. He was a scientist and very important and vital contributions to anthropology and ethnography. Domeyko has contributed a lot to the world of science and knowledge.

Ignacy Domeyko was born on July 31, 1802, in Nesvizh, Russian Empire. Domeyko was born to Anatoli Hipolit Domeyko who was the President of the local land court and Karolina Domeyko nee Ancut. His father died when Domeyko was only seven years old, and he was therefore raised by his uncles. Domeyko attended a school in Szcsucin.

In 1816,  Domeyko joined Imperial University of Vilna where he studied mathematics and physics. In 1819, he joined Philomaths which was a secret organization that promoted Polish culture and independence. In 1822, Domeyko obtained his Master’s Degree in Philosophy. In 1823, the secret organization he was a member of was discovered thus he was put to trial, sentenced and imprisoned in a local monastery. In 1824, Domeyko was released on house arrest. In 1830, Ignacy Domeyko became a member of an armed rebellion against Russia. In 1831, Domeyko was sent into exile in France due to his participation in the rebellion.

In 1837, he graduated with a Degree in Engineering. He later got a mining job in France. The following year he immigrated to Chile where he got a job as a professor at a mining college known as ‘Coquimbo.’ Domeyko also started working as a ethnographer and meteorologist. In 1844, he travelled to Auracania. The following year he published his book ‘Auracania and Its Inhabitants’.

In 1846, Domeyko moved to Valparaiso. In 1847, he was appointed as professor at the University of Chile located in Santiago. Domeyko was later appointed by the government of Chile to reform the whole of the educational system in Chile.  In 1849, he became a citizen of Chile. In 1852, his reforms to the education system in Chile were implemented. In 1867, Domeyko became a rector at the University of Chile a position that he held for sixteen years. In 1884, Ignacy Domeyko returned to his homeland and the toured Paris, Berlin, Naples and Rome. In 1888, he returned to Chile.

In 1850, Ignacy Domeyko married Enriqueta Sotomayor Guzman with whom he had four children, Anna, Hernan , Kazimierz and Henryk. Domeyko died on January 23, 1889, in Santiago, Chile. He was given a state duneral.