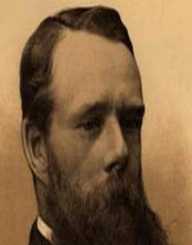 George Stephen was born on June 5, 1829, in Dufftown, Banffshire, Scotland. His parents were William and Elspet Stephen. George Steven lived his whole adolescence in Scotland but moved to Canada when he was 21. He would live most of the rest of his life in Canada, and it would be here that he would make a name for himself.

When George Stephen first moved to Canada, he began working in a relative’s clothing factory. He worked here for about fifteen years. He saved up money from working here as he had the desire to have a business of his own, but before then, he didn’t have the funds to do it.

It wasn’t until 1866 that George Stephen finally owned his own company. His company imported wool that could be used for various items of clothing. The buying and selling of this wool helped him to earn enough money to both support this business and to make investments in new business.

One new business that George Stephen was highly interested in the 1860’s and 1870’s was the railroad industry. He was fascinated with the promise of what trains could do to improve business. The first trains had only been invented early in the same century, so it was a relatively new way to transport goods and people. George Stephen did not buy or make his own railroad company. Instead, he bought shares in the Montreal Rolling Stock Company.

In 1868, George Stephen expanded his wool importing business by founding his own textile factory called Paton Manufacturing Company. Others who were involved in the founding of this company included Andrew Paton, Donald Smith, and Richard Angus.

In the 1870’s, George Stephen began to focus on another career: banking. He was known to be great with finances, as his business was doing well. His great reputation helped him to earn the post of the director of the Bank of Montreal. While working here, he also was one of the purchasers of the St. Paul and Pacific Railroad. The company was near bankrupt when he bought it, but throughout the 1870’s, George Stephen helped to make the railroad a success. In 1876, he was promoted to president of the bank. He kept this job until 1881, at which point in his life, he had a renewed interested in the railroad system.

Because of the success of the St. Paul and Pacific Railroad (which was located in the United States of America), George Stephen and his associates were able to convince the Canadian government to let them begin their own railroad company. Their request was accepted, and together, they created the Canadian Pacific Railway. George Stephen would also work as the president of this railroad until 1888. The success of the railroad made him extremely rich, allowing him to retire early.

After retiring, George Stephen moved to England. While there, he helped to contribute to funding the Royal Victoria Hospital.

Throughout his lifetime, George Stephen also helped to support many other hospitals, such as the Montreal General Hospital, Aberdeen Royal Infirmary, and the Prince of Wales Hospital.

At the time of his death, George Stephen was known as the Lord Mount Stephen.

George Stephen married Charlotte Kane in 1853. Together, the couple adopted a daughter named Alice. Sadly, the marriage ended with Kane’s death in 1896. George Stephen later remarried to Georgina Tufnell in 1897. This couple had no children together.

George Stephen died on November 29, 1921, in Welwyn, Hertfordshire, England. He was 92 years old when he passed away.