The Uttara Ashadha Nakshatra bridges the cusp of Sagittarius and Capricorn. Represented by four bright stars at the end of Sagittarius, it is told that this sector of the solar system is where the gods defeated the demons long ago. Presided over by the Vishva Devas, or Universal Gods, this Nakshatra is related to divine creation. The ruling deities stand eternally ready to protect all that is good and true in the Universe.

Uttara Ashada, or the Latter Invincible One, is symbolized by an elephant’s tusk or cot. With her sister Purva Shadha, the Former Invincible One’s half, tusk is made whole.

Ganesha, the Lord of Beginnings also holds providence here and his essence, as one would expect, is personified as the head of the celestial elephant. Classically, Ganesha is portrayed with a shortened left and intact right tusk in Jyotish.

The elephant’s influence is suggested through the native’s willpower, sense of responsibility and aggressive nature. Like the native of her sister Purva Ashadha Nakshatra, the Uttara Ashadha native exhibits many leadership qualities and is known to sanction war when challenged. The tusks also suggest penetration and are illustrative of the native’s strong mental ability and courageous determination.

The association to Universal truth moves these folks to embody all the good of all the preceding sisters (see introductory articles to Nakshatras 1 – 20). Typically successful and generous folks, the Uttara Ashadha are well-respected by family, friends and the community. These people are pure of heart, compassionate and may be deeply spiritual. 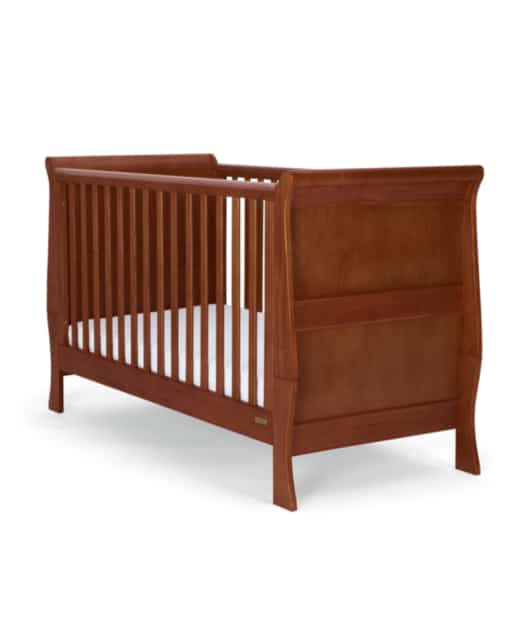 The Uttara Ashada birth star native is known to be quite attractive. They typically are present with a well-proportioned body, above average height, broad forehead and long nose. Naturally charming and graceful they have fair complexions and are prone to blood shot eyes. Many will have a prominent mole on their face, or about the mid-section.

For the most part, these are soft-spoken people with very little ego. They maintain a positive attitude and are mindful of their words. The Uttara Ashadha birth star native has a lot of compassion which should never be mistaken as weakness.

>These people are not fragile and will stand their ground firmly against adversity. Thoughtful and reflective, decision-making is a process for them and they are known to take their time when making choices. Very respectful of all that is, these people are exceptional humanitarians.

Known to take on extra responsibility at an early age, they may be prone to taking on more responsibility than they can handle. In their never-ending quest for perfection they may push themselves to the point where they drop from exhaustion before asking for help or scaling back on unnecessary activities. 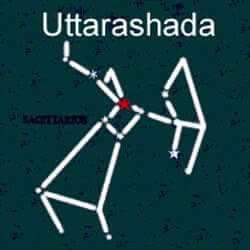 Intelligent creatures, the Uttarashada native is capable of much success. Their drive for perfection insists upon hard work and excellent outcomes. Their resilience enables them to navigate professional challenges with relative ease. Their rise to acclaim is rarely impeded and they are known to achieve the height of their success around the age of 40.

The Uttara Ashadha child is blessed with a lovely childhood and their marital relationships tend to be equally satisfying. They may experience difficulties with the extended family in their early 30’s. One spouse is often of ill health and not all marriages will result in children.

Minor ailments will seem to continuously plague the Uttara native: digestive issues, problems with eye sight, and respiratory infections will be common.