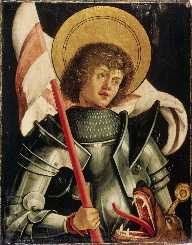 Saint George was a soldier of the Greek and Palestinian descent. Also, he was a member of the Praetorian Guard for the Roman emperor Diocletian. Saint George had refused to abandon his faith in Jesus Christ. Therefore, Diocletian executed him for the same. The act of his execution immortalized his name into St. George. After, his death, the Christians took up the opportunity to memorialize his legend of St. George and the dragon. Also, for his faith in Christianity, many people around the world still celebrate him on St. George day. This usually takes place on the 23rd of each April. Therefore, many nations have claimed Saint George as their patron. Some of these nations include Catalonia, England, and Georgia.

The base of this story is that George was a Roman officer. Also, he was of both Palestinian and Greek descent. Moreover, Saint George was from Cappadocia. However, some claim that he was from Syria -Palestine. Diocletian ordered the beheading of Saint George during the persecutions of Christians. In the spirit of the legend, two main versions caught on through history. That is the Latin version and the Greek one. Also, the texts from historians say that the name of George was revered among the men of that time. This was because he was a man that only answered to God.

As per the version of the Greek story, George was born into a Christian family in Greece. The father of George died when George was around 14 years of age. Therefore, his mother went back to her home in Syria with George. Just after getting back to Syria, the mother of George also passed away. So, George went to join the Roman army at Nicomedia. While in the military, George goes through persecution from Diocletian.

This was around AD 303. So, the man then goes ahead and call for the beheading of George. One person that saw how George suffered for his faith convinced the Empress to join Christianity. So, Alexandra of Rome joined in the martyrdom of George. The Christians took his body to Lydda and buried him. Thereby, the burial site became a remembrance site to remember his memory.

Just like the Greek legend the Latin version follows the same plot. However, Diocletian is depicted as the Emperor of Persians. Also, the death of George does not take place at Nicomedia but Melitene in Cappadocia. During his capture, George undergoes several amounts of gruesome, torturous acts for seven years. There are many Pagans that chose the path of Christianity due to his martyrdom. Some say that they were over 40, 900. Also, the Empress of Rome Alexandra also converted. The myth goes on to speak at the death of George, Diocletian is seen being carried off by a whirlwind of fire.

Saint George and the Dragon

In this version of the legend of Saint George, he encounters a dragon. Also, this version of the story is the one that is more popular in English territory. This was because of the English translator William Caxton in the 15th century. According to the medieval romances, Saint George use a lance called Ascalon to slay the dragon. The lance was named after present-day Israel. However, the Swedish version states that there was a princess who was rescued by Saint George from the dragon. Moreover, the princess stands for the country while the dragon depicts the foreign invaders. Also, there are many statues of Saint George handling the dragon in Stockholm.

The Romans sought to honor the faith of George by setting aside the 23rd of April of each year to celebrate him. The celebration usually falls between palm Sundays and the second Sunday of Easter. However, most of the country that honors Saint George day are Christian nations. Also, the Russians Orthodox church hold different days to celebrate Saint George.

Saint George is one of the most celebrated saints of all time. Also, many nations and faiths seem to incorporate him as their patronage including Islam. This means that both the Western and Eastern part of the world recognizes his faith and martyrdom. For example, the English claim Saint George as the Patron of England. Therefore, they use his cross to form part of the English flag. Also, he doubles as the protector of the royal family.

The Georgians also use the Saint as their Patron. Moreover, the devotion to the saint goes all the way back to the 4th century. Furthermore, the name George is part of Georgian history. Apart from all that, many other people and faiths believe in Saint George as the Patron.

St. George and the dragon