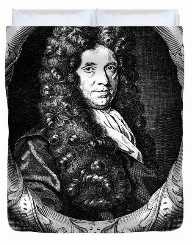 Jewish leader Nehemiah was born in Fifth Century B.C. The story of Nehemiah is chronicled in the Book of Nehemiah. The book describes his efforts in rebuilding Jerusalem. Nehemiah was working as a high ranking officer. His duty was to serve drinks (cup-bearer) at the royal table of Artaxerxes I, King of Persia. At that time, Jews released from their exile in Babylonia started to return to their homeland of Jerusalem. These Jews found it tough to get along with their non-Jew neighbours residing there. They were in distress and a subdued condition due to the prevailing situation in the town of Judah in Palestine. The outer walls of Jerusalem were also in tatters.

Upon learning about the condition of the Jews in Jerusalem, Nehemiah sought permission from the King to go there. Artaxerxes I readily obliged Nehemiah and sent him to Jerusalem. The King then appointed Nehemiah as the governor of Judah. On his appointment as the Governor, Nehemiah immediately obtained the necessary documents to ensure support and assistance of the Persian officials of Judah. After that, he proceeded to the town.

Nehemiah reached Jerusalem around 444 B.C. He then began convincing the Jews residing there about the necessity of rebuilding the city. However, his attempt was not without opposition. A string of non-Jewish enemies from the neighbouring districts tried to hinder his effort. However, he successfully thwarted the entire opposition attempt to obstruct his work. There were Philistines, Samaritans, Arabs, and Ammonites on all sides of the town trying to impede the developmental tasks. In spite of all these enemies, Nehemiah triumphantly rebuilt the broken walls of the ancient city within 52 days.

Having rebuilt Jerusalem, Nehemiah concentrated on his assigned job of the governorship of the small district of Judah. He held the post for the next 12 years. While serving as a governor, he undertook several religious reformative measures. He observed that many Jews relaxed their religious practices after returning from exile. Already the Jewish temple of Jerusalem was rebuilt.

He introduced strict religious observance to be followed by the Jewish people after purifying them with rituals. Propagation of the Law of Moses and enforcement of divorce of Jewish people from their non-Jewish counterparts were his other major spiritual reforms. On the economic front, he implemented cancellation of all debts of the Jewish people.

Nehemiah came back to serve the Persian King after relinquishing the governorship. Upon spending some time in the King’s court, he again visited Jerusalem. To his dismay, he found out that people had again started to live their lives in their old evil ways. He observed that non-Jews were allowed to organize their business inside Jerusalem on the Sabbath. They also kept rooms in the temple.

Utterly disappointed, anguished and angered, he purified the temple, the priests and the Levites. He then strictly enforced the Law of Moses. In a bid to keep the Jewish heritage pure and separate from other races, he strictly prohibited Jewish men’s marriage outside the community. Later, a Jewish scribe and priest known as Ezra continued the religious and reconstructive works of Nehemiah.