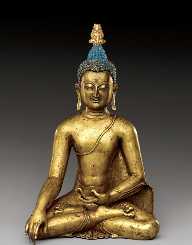 Siddhartha Gautama or Gautama Buddha is one of the philosophical-spiritual leaders of the Eastern part of the word. Most of the people nowadays refer to him as Buddha. Buddha had teachings that led to the formation of Buddhism Religion in the Hindu region of the earth. With time Buddha attained the name of the enlightened one. Also, this meant that Buddha had managed to get to a place in life where he could help the sentient beings. Many scholars have had many questions about the existence of Buddha.

However, so far they have agreed in the prior existence of Buddha. Sometime during his life as a monk, Buddha was having a tough time with his teachings. Moreover,  this means that he was not able to settle down on one type of education that would help people. So, he went ahead and experimented with different models. Consequently, Buddha during one night fell into deep meditation. Some believe that it was during this period that all the teachings that he was seeking got revealed onto him. Furthermore, Buddha had managed to attain the highest form of awareness. It was by these events that he became a Buddha.

Period And Place of Birth

Siddhartha Gautama or Gautama Buddha was born around the 6th century BC. Most of the Buddhist practitioners believe that Buddha was born around the Lumbini that is current Nepal. So, he grew up around Kapilavastu that is not currently available on maps. However, many believe that it's in present-day India. Buddha was of the Hindu descent and most like the son of a King of that period in time. The tales of his birth has it that Buddha was born on the way to his father's mothers kingdom. So many people still celebrate the day of birth of Buddha to the present day.

Buddha was from a royal family and was brought up by his mothers younger sister. According to the traditions of that period, he was to live like a prince and had many beautiful palaces in his name. Buddha's father was a ruler of that time, and he was expecting his child to follow in his footsteps. Therefore, during this period Buddha was not able to access any religious teachings. Also, he had no knowledge of the people and their suffering beyond the walls of his castles.

As per the traditions of the era of Buddha, his father made him marry at the age of 16 years. The arranged marriage was to his cousin who was also the same age. Buddha's cousin was called Yasodhar?. According to the text of scholars, their union got blessed by a son by the name R?hula. In his life, Buddha spent almost 29 years as a prince. Also, his father made sure that he always had all that he could need at any time. However, later after finding awareness, Buddha wrote that there was no need for material wealth. Also, that material wealth was not the primary purpose of life.

The Prince Buddha had such a comfy life as a young man. Also, he got protection from seeing sick, weak, dead and old people by his father. His father wanted to preserve his innocence against all the troubles of the world. However, he got to leave his palace anyway. Out of the castle, he met with his father's worst nightmare. The pictures of old, sick, dying and dead people drove him into depression.

So, he left the palace permanently to become a mendicant. However, his father learned of his plan and offered to give him the throne. Buddha rejected his father’s plea ones again. Buddha then went on his quest promising his father to return when he found enlightenment. So, Buddha went on into the world and lived by the practices of his ascetic ways. Also, through the six years, he went on to study different religious bonds to help him on his journey.

After some time some people also joined him to practice with him. Buddha was not able to attain the level of awareness he sought. However, one day while sitting under a tree and hungry, he was given food by a little girl who was also very hungry. Therefore, Buddha then realized that he did not need to live in such a hard condition to attain enlightenment. His disciple gave up on his quest stating that he had given up. So, Buddha chose to teach people to follow a life of balance. Moreover, people should abandon the spread of extremism.

After meeting the little girl, Buddha sat under a bodhi tree to meditate. He swore not to wake up until he had achieved enlightenment. Buddha's quest took several days, but he maintained his commitment. At the point of attaining awareness, Buddha placed his hand on the earth to bear witness. Mara was trying to claim that Buddha enlightenment was his own. So, the ground banished him. Later, Buddha saw all the answers to the mysteries in the universe. Therefore, at this point is when he became Buddha. However, Buddha was not ready to start teaching the knowledge and wisdom he had acquired. However, there a king of gods, Brahma who convinced him that it was okay to inform all that he knew to people. At that point, Buddha got up from under the bodhi tree and took his message out into the world.