In Germany and Germanic lore kobolds play a rather central part. There are many stories covering many types of these nature spirits. They are most commonly invisible, unseen to the mortal eye, though they can take nearly any form they desire. There are three major divisions of kobolds, the house kobold, mine kobolds, and the Klabautermann, which dwells among the sailors and lives aboard the ships.

In some ways these can be identified as merely a local name and classification for the Fae as described by those who lived in the Germanic and Scandinavian tribes. There is a body of stories from them that have many analogs in the more commonly known Brittanic fae, and that there’s much in common between the two.

Among them are their tendency to make many guises, from black cats, to small human-looking guises, to balls of fire and many other objects, among them candles. 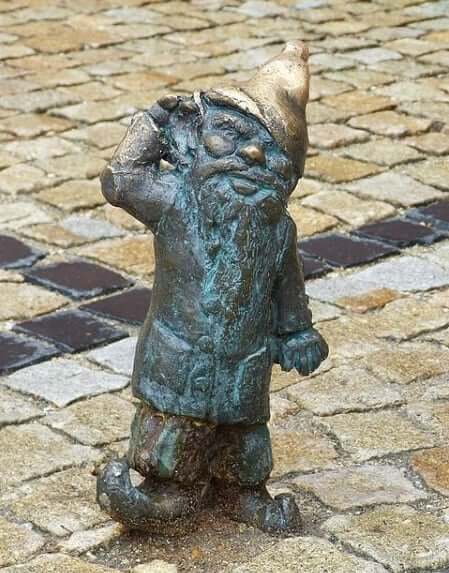 The House Kobolds are commonly seen to be about the size of children, and wear clothing in the style of the peasantry. They are friendly and helpful, tending to household chores and assisting in keeping things in good repair.

Like most fae, if mistreated or insulted, they can become mischievous, playing pranks and doing malicious deeds around the home they were formerly helpful to. If you think you have these helpful creatures around, be gracious and leave them gifts of milk, honey, and cookies to appease them.

Mine kobolds were known as knockers, and had varying reputations on how they’d behave in relation to those who worked their underground homes. They were known to warn miners of cave-in, to indicate the presence of valuable ores, and generally be helpful in tending the tools and equipment of the miners.

However, they could also cause dangerous mischief if they were not respected, the same cave-ins they could warn of, could instead be caused by them. Tools would go missing, and valuable ore would be swapped out for those which resembled what the miners were looking for, but would bear nothing valuable.

Klabautermann served aboard sailing vessels, being small of stature and largely invisible to the crew as a whole. They were known to wear yellow clothes with a woolen cap, be carrying a tobacco pipe and a caulking hammer. They would work the ship, smoking tobacco and tending to small chores, remaining entirely unseen.

Again, if they were treated kindly, they’d continue to be a useful and helpful presence, if however they were mistreated, things aboard ship could begin to go terribly wrong. There was one omen attached to their presence, if ever they should be seen by a crewman, it was a warning that the ship was doomed.

There were many named Kobolds in Germanic literature, and lots of stories about them and their interactions with humans. As you can see, there is a strong argument to be made that kobolds were not, in fact, a separate type of faerie, but merely a name for the fae in the Germanic lands.