1. He Wouldn’t Want to be Around Your Friends

Your old folk wouldn’t want to be around your young, immature friends. They have the class of people they want to relate to, and the fact that he is dating you doesn’t mean you can bring your young friends around. So, don’t invite your friends around during a date nor take them to parties for young guys.

2. Be Prepared to Hear His Old Days Stories

They have a lot of stories to share, and you better be ready to hear them out. This can really be boring, but they see it necessary to share. At least, he wants you to know how interesting his young days were.

He won’t even mind sharing the number of women he had fun with. This can put you off.

Even though they are matured, they sometimes behave like kids. Yes, older men have kids’ hearts and sometimes think they are still in their young age.

You may realize he has a strong interest in action films meant for the youth or cartoons for kids.

4. He may be Married

Your old guy may be having a family somewhere, which you may not know. Even though some of them are divorced, many are happily married with children.

They are just cheaters who chase anything in a skirt. Therefore, before you start such a relationship, you need to know about their marital status. It will be better to call it quiet if he is a married man.

If he is married and cheating on his wife with you, be ready to face the same consequences. The tendency to cheat on you with another young woman is very high because he may be on an adventurous mission.

6. They Know What They Want

He already knows what he wants before choosing to date you. He may be in for the fun side of it or sexual satisfaction, or he may be looking for a partner.

7. They are Experience Packed

Your old guy is not a newbie when it comes to relationships and life experience. He has a lot of experience from his previous relationships and probably from marriage. This is where the trouble lies because he may know about the tricks and numerous excuses of women.

He may also try to experiment with the lessons he has learned from previous relationships with you. This will make you his relationship “guinea pig.”

8. Some of them are Stubborn

As they age, they pick up certain habits, making it difficult to give up on them. If those habits are good, you are, but you are in for real trouble if the habits are bad. 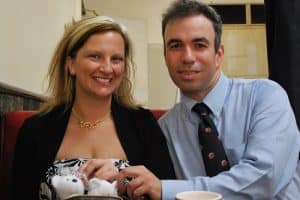 The worse thing is that they won’t listen to your advice on such habits.

9. They are Experience in Bedmatics

They may look old and weak, but that doesn’t take away the experience they have gathered throughout life. Your old partner may not last long during sex, but you will surely reach orgasm even for that short time. With their experience, they know the sex positions that work and those that do not.

Unlike the young teen guy who would want to be around you 24/7, older men want the opposite. They have their own life to live. He has a business to run, his own friend he wants to hook up and hobbies.

So, don’t expect him to cling to you. You also need to have your own life when dating an older adult to avoid feeling ignored.