What Is Mardi Gras Numerology?

What Is Mardi Gras Numerology?

Origins of Mardi Gras can be traced to Lupercalia, a Roman festival to honor its deity Lupercus. Other sources hypothesize its link to the Carnival, a pre-Lent festival with ties to Christianity. Different theories reflect celebration times: Mardi Gras can be a celebration day or a specified period. Mardi Gras is usually before Lent, a somber period of self-reflection.

Traditions vary with location: Mardi Gras is celebrated with pomp and splendor. People wear masks and dance around the parade, fake coins and beads are thrown from floats in New Orleans. In Australia, the lesbian, gay and transsexual community forms part of the parade, to remind about police brutality in the 1970s. In some traditions, people celebrate with King’s Cake or pancakes, and fatty foods before Lent. Mardi Gras translates as “Fat Tuesday” in French, and is also known as Shrove Tuesday.

Lent or Lenten period is a solemn time in Christian Calendar, observe by many Christian branches. There are forty days in Lent, excluding Sundays, to mark its significance in Bible references. Mainly is to remind followers that Jesus Christ fasted for forty days and nights in the wilderness, and was tempted by the Devil. Since then, his followers sacrificed luxuries in the form of penance, fasted and repented during Lent.

In contrast to Lent, people celebrate Mardi Gras with overindulgence, sins, and gluttony. People lose their inhibitions during the celebration, choosing fun over responsibility. The period ends at midnight on Ash Wednesday, the day of Christian contrition. Revelers are seen passed out on the streets after the celebration or fights breaking out mid-celebration.

Using Mardi Gras as a Name

The event that attracts people from all walks of life, rarely prejudiced and egalitarian. Mardi Gras is a festival for all, offering hope of a good time just for a day. Number 9 hopes to build a utopia made from happiness for everyone. The dedication results in many successful dreams and projects.

This number is known to be generous. Number 9 offers a lot more than fun times. Beads and coins are thrown from floats to symbolize distribution of wealth. The organizers had donated money for New Orleans residents after Hurricane Katrina’s devastation. Number 9 inspires creativity and imagination. People look at the results with awe and wonder. Parade floats, masks, and costumes can be mind-boggling.

Number 9 needs to learn how to sacrifice for better. Number 9 constantly wants a perfect world, like Mardi Gras wants to have a perfect time. People should learn to be satisfied and accept imperfection. Do not forget your head, as losing your judgment can be dangerous.

Using Fat Tuesday as a Name:

This is the nucleus of number 5: hates to be tied down, the opposite of strict and solemn time of Lent. Mardi Gras is a symbol of freedom, not restricted by rules and regulations, doing what you want. Mardi Gras loves new adventures and ideas, and every year there is something new in the parade. People love the freedom during the celebration, and the innovative ways to entertain.

Mardi Gras is an event that motivates everyone to be best: most attractive costumes, best float or loudest crew. A wild child in Christian celebrations, Mardi Gras, induces passion and worldliness. People gather to celebrate sins of the flesh, to overindulge or just having a good time watching. Mardi Gras can motivate creativity, but it can also encourage bad behavior and recklessness.

Number 5 lacks discipline and control. People tend to be impulsive during Mardi Gras, giddy from the excitement and lack of rules. Mardi Gras revelers should think of consequences, and not overindulge. It is important to consider safely before fun, as regret usually follows later. 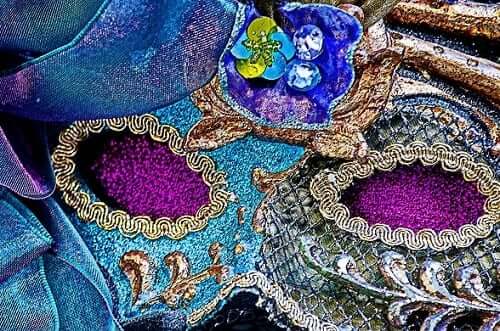 Using Shrove Tuesday as a name

Mardi Gras is a celebration that inspires people towards making a successful event. 11 have far-reaching effects, and Mardi Gras is proof with its origins traced back to before Christianity. Party goers and planners will keep this lively tradition going for a long time. The party ends at midnight, marking respect to its link to Christianity. People sometimes find spiritual connection during Mardi Gras.

Number 11 inspires artists and designers to be more inventive and innovative. There is a spiritual connection between the event and its participants, Number 11 acts as a bridge between spiritual and earthly. As Mardi Gras has taken centuries to grow into its current notoriety, a slow but long lasting development.

11 is a tactful number and can create harmony among diversity. Mardi Gras celebrations are different in every country, but their diversity does not hinder the sense of harmony in revelers. A celebration that inspires love and understanding, Mardi Gras promote can world peace.

Share
Previous Broke Up With Your Partner? 9 Ways to Cheer Up
Next 5 Steps To Create a Healthy Relationship