The correlation to the death cot speaks to the essence of this cosmic region, all three of the birth star’s associated with Pisces and the zodiac sign itself, are related to passage from the physical world.

It is said that Pegasus carries the soul to the other side and the ancient Jyotish astrologers referred to the constellation as a funeral cot, thus establishing the connection with Pegasus and moving spirit to the other side.

A coiled snake, representative of Kundalini energy, is also used to represent this arena as it here that the Kundalini energy completes its awakening and charges all the energy centers (chakras) in preparation for the transition to the spirit world.

The Uttara Bhadra is governed by the compassionate deity, Ahir Bhudhanya. This secretive god watches over the cosmic ocean and works with Shiva to protect the stellar trinity. 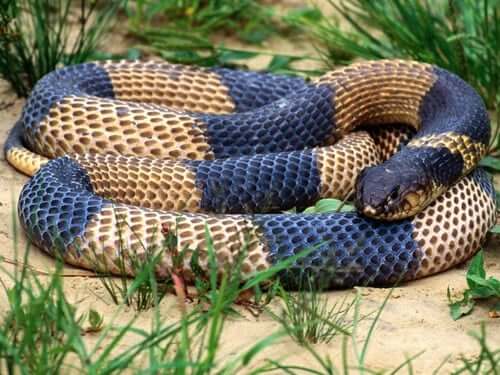 Born under Uttara Bhadrapada Nakshatra of Vedic astrology, the natives are knowledgeable and wise. They are prominent figures in their families and well respected among peers. Typically spiritual folks, they like to volunteer and contribute to community projects. Their attractive personalities are warm and engaging and they appear to be much more innocent than their contemporaries.

When the Uttara Bhadrapada native smiles, it feels like the sun has just come out after are long rain. The secretive nature of the Nakshatra is reflected in the absence of a typical body type for these people.

Welcoming, intelligent and wise the native may be quick to anger. 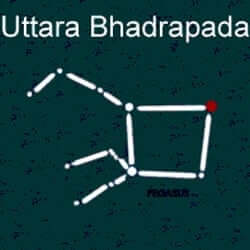 Highly intelligent with exceptional communication skills, they can achieve great success regardless of their academic background. They will be highly respected in their chosen field and they are often found working as researchers, philosophers, artists, security guards, museum curators and in non-profit organizations.

The native’s childhood is somewhat difficult as their parents tend to be disengaged. They are known to have wonderful marriages, are very sensual and focus a lot of attention on their partners.

While they tend to neglect their diet and rarely exercise, the native is generally healthy. They may experience periods of immobility, gastric issues and hernia.