Sun Number – What Does It Mean?

The Sun Number in Numerology is important for people. It helps them make sense of their life’s decision and feelings. As it is the most basic method, this number can later be used to examine further complex parts of Numerology. Sun Number depends on your date of birth. You can classify your personality traits using the results. Sun number is a single digit number which represents a rough idea of who you are in a general sense. You can combine it with other aspects of fortune telling to give a clearer picture.

How Do I Calculate My Sun Number?

Example: If you are born on December 25

Sun Number is more of an initial guide to your personality, and it tends to show how you would handle unexpected changes and the relationships that you are more inclined to have. It shows which of the numbers you would manage to get along with. Your number also influences the decisions that you make, based on the essential characteristics you have. Knowing your Sun Number will allow you to see the bigger picture in your life. It helps you to prepare for unexpected things that require decisions quickly.

Numerology Sun Number 1 is like a bull, charging forward with its head down. This is a person who is motivated and headstrong. Ones would diligently plow through all troubles, with determination like that, they are often successful in life. They would also need to learn how to recognize subtle changes. They should learn to take a step back and let others take the helm. Passionate and intuitive, Number Ones can misread their partner sometimes.

Those with Sun Number 2 seems to be a fitting romantic partner as they have the same way of handling things. Sun Number 1 also gets along well with odd numbers in the group, as long as they are followers.

Like the scale, Twos would weigh their options carefully before choosing the least confronting way out. They prefer tact and diplomacy to confront like Ones directly. Those with Sun Number Two can be intuitive enough to be mistaken for a psychic. But this intuition, coupled with their obsession to weigh all options, can be a tripping stone to success. Twos surrender easily, but they also bounce back just as fast, dusting off failure quickly. They are empathetic. Sometimes, they can skillfully maneuver other people to doing the wrong thing. Approach twos with caution, as they are likely to take more than what you offer them. And, they can also detect lies and deceit easily.

Number two will expect their partner to be number one, which is why Sun Number One makes a good candidate. They can be unyielding when in relationships, often refusing to compromise. They like to be romanced, as long as it is not a lie. Otherwise, things might go wrong for you.

Charming, funny and creative, Threes love obstacles because they are optimists. The most innovative of the numbers, Threes love to solve puzzles but also have a childish streak to them, often seen as irresponsible. Focus and discipline are issues for Sun Number Three. Hence their partners and people who work with them need a tremendous amount of patience.

In relationships, they are cautious as their feelings run pretty deep when exterior surfaces are peeled off. Despite their sense of humor and lack of maturity, Threes does have the perseverance and courage that will help them emerge triumphant, much to everyone’s surprise. Threes can find satisfaction in accomplishing goals.

Threes love superficial relationships because they understand happiness can be fleeting, and they do not like negativity. Hence, this is a mixed number. And, the only way to get them to commit is by not pushing too hard.

Sun Number Four are people who love details and efficiency; they usually take a systematic approach to handle things. Fours are also a stickler for routine, even if it cost them good opportunities. Their weakness includes lacking empathy and wanting everything to be perfect. They have to learn that change is constant in life. However, Fours are dedicated, and they demand a lot, especially from themselves. If you have a working partner who is a Four, you might have to force them to take it easy, as they can be easily frustrated.

In romance, they do not know how to reveal their innermost thoughts, as they are not as secure in this setting. While they are not overly passionate, they are loyal and trustworthy when they do fall in love. Fours are loyal and devout partners. They are ideal for those who are insecure about relationships, even though they are not the most romantic.

People who are Sun Number Five are best at dealing with changes. They thrive on the adrenaline changes bring, expected or not. As opposed to Fours, Fives hate routine, as they love dynamic and chaotic scenes that require a quick response. Five’s weaknesses are lack of stability and responsibility. They often, have a wild streak and are unpredictable. To be successful, Five needs to learn dedication and learning how to achieve long term goals: by having a lot of short ones which they are good at reaching.

In relationships, Fives are most sensual and passionate. But they are loyal as partners when they found the one. They hate being taken for granted, even though they can seem to be irresponsible. Fives tend to find partners later in life, once they have tried everyone and everything. The key to Fives’ heart is embracing their wild side and avoid holding them back.

People with Sun Number Six are down-to-earth idealists. They have some realism in them to ground their thoughts. The most harmonious of all the Sun Numbers, they are good mediators as they like helping others. But, you will know about it, as Six tends to take credit for things that they (think that they) have done. Six has to learn how to move away from their comfortable environment as they can have a narrower view of things, and having smaller perspectives in life. Having a Six at work can be annoying as they are self- righteous. But, they can reach long term goals because they are level headed.

In romance, Six can be promiscuous, which comes as no surprise as they are loving and harmonious. Their giving nature can be an issue as they do not always know how to stop. Once in love, Six will give their all. That is if you are lucky enough to have a Six who has learned to focus on giving to one person.

People with Sun Number Seven sees everything, even below the surface. The philosopher in them helps with their spiritual awareness, allowing them to blossom in the field of the mind like psychiatry. Often known as eccentrics, Sevens have a small but close group of friends whom they share their intelligent conversations with. While change does not bother these naturally curious people, they have trouble accepting that emotions are just as important as having a logical mind.

In romance, Sevens can be hard to catch as they tend to prefer logic and reason than emotions. But once established, Sevens are conscious partners who will give priority to loved ones. They are also focused and caring, once you get under the layer of logic, things will start to look up. 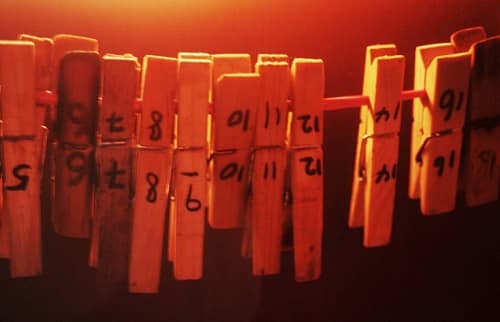 People with Sun Number Eight like to be the boss. Do not be surprised if they bend the rules to fit their purposes sometimes. Naturally, Eights do not always take change well and can become angry or aggressive when that happens. Eights have to learn anger management and learn how to take orders once in a while. They are risk takers, having a sense of balance. They move forward after a loss because they are also level headed people. Eights are capable and can work towards long term goals. They proceed with the single-mindedness of a bull sometimes.

In romance, they are not easy to please, as they are neither giving nor demanding. A partner might have to have good self- confidence and security to remain in such a relationship. But Eights are committed people and will look after the partner they have chosen.

People with Sun Number Nine are an idealist, but they are not very good with emotional issues. They are no-nonsense and objective, and in a group, they are the advisors. Often perceived as self-righteous, they sometimes ignore details for the sake of strategies and plans. Nines have to learn how to see more delicate information and to accept differences in people. They like to plan things carefully and account for all possibilities. But they are also highly adaptable. Nines are either loved or hated, as they can invoke strong feelings with their arrogance.

In romance, Nines often has to reach out, because it is difficult to approach someone who seems distant. Once established, Nines are easy to please as they can be considerate and generous, and they are not demanding.