The Sirens of Greek Mythology have a short story to them, but their legend reigned for thousands of years even after the last of these creatures died in mythology. The myth of the Sirens is often confused with that of the mermaids, even though they only have a few of the same qualities.

For instance, they are both said to lure men to their death with their haunting melodies, but Sirens were not said to have fish tails, at least in the original myth. After the story of these creatures was told in the Greek legends, the myth spread out to other countries near the area, which could be why they are so often confused with mermaids in other countries.

First Myth Of The Sirens

The first myth of these mythical creatures goes something like this. The original Sirens were simply people who helped to take care of the Greek goddess Persephone. One day the god of the underworld, Hades, kidnapped Persephone so that she would need to be with him. 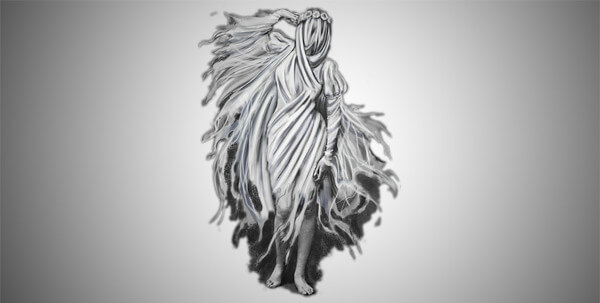 Persephone’s mother, Demeter, was also a goddess. Demeter was so worried about her daughter that she gave her helpers, the Sirens, powers so that they would be able to better help her look for Persephone.

Demeter gave them the bodies of birds, at least halfway. In some stories, these creatures were said to have wings and bird feet. In other stories, they only had wings. They searched for Persephone for a long time, but eventually, they gave up. When they quit looking for the goddess, they still had their wings, but they settled on a quiet island called Anthemoessa.

Even though the Sirens had given up looking for Persephone, they still missed her. They sang for her. Their song was mournful but beautiful. This is what drove the sailors to them, whether they intended it or not.

Even though their song was deadly, a few people were able to get past the Siren’s island without drowning or otherwise dying. This distressed the Sirens. They may not have wanted to hurt the sailors at first, but eventually, they added murderous tendencies to their personalities.

One day, a man named Odysseus saw the Sirens, but obviously, he didn’t want to die while under their spell. He was smart and wise and put wax in his ears, then in the ears of people on the ship.

By doing this, they were able to ignore Siren’s song and escape without injury. This was the last straw for the Sirens. They could not stand that someone escaped from them. They were so upset that they threw themselves into the ocean. Some legends say that because they did this, they turned into stone. This could also lead to the mermaid legend that they are so often confused with.

Because there were only two to five Sirens to begin with(depending on who told the story), and all of them died when Odysseus and his crew got away, there are no more Sirens, whether or not they ever existed. However, their legend does a great job at staying alive, even today. The Siren song is part of many stories now.

The Sirens may have even influenced many songs, and possibly even the band Sleeping with Sirens. While these creatures were beautiful and enchanting, they were also mysterious and terrifying. To think, one song could entice a whole crew of men and bring them to their deaths.

Although Sirens were not the same thing as mermaids, they heavily influenced the mermaid myth as well. Even though the original Sirens could not find their friend Persephone, they were able to find their way into stories that would be told for generations.