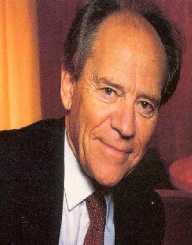 Torsten Wiesel was born on June 3, 1924, in Uppsala Sweden. His parents were Anna-Lisa Bentzer and Fritz Wiesel. He also had four older siblings.

As a child, Torsten Wiesel attended the Whitlockska Samskolan, a private school for children in Germany.

After he finished his primary education at the Whitlockska Samskolan, he went on to attend classes at the Royal Caroline Institute for his post-secondary classes. Here, he focused on studying medicine. He eventually graduated from this school with a medical degree in 1954.

After earning his degree, Torsten Wiesel returned to his alma mater and began researching various neurophysiology topics. He only stayed here for one year before moving, though.

In 1955, he moved to the United States so that he could work at John Hopkins University. While there, he continued his research. Torsten Wiesel was now studying the visual system in the human body. Three years later, he also began working as an assistant professor at the same university. Around the same time, he also met David Hubel. Together, they worked on Wiesel’s visual system studies.

In 1964, Torsten Wiesel, Hubel, and Kuffler helped to establish the Department of Neurobiology at Harvard University. Kuffler was made the first chairman of this department. In other Harvard news, Wiesel was promoted from the post of the instructor to professor in 1968.

In 1971, Torsten Wiesel was made the new chairman of the Department of Neurobiology. It was also during this decade that the team continued work on the visual system. It was around this time that they discovered several types of cells within the visual cortex, along with many other visual cortex features. They also made breakthroughs in the treatments of cataracts.

In 1983, Torsten Wiesel stopped working at Harvard University and began working at Rockefeller University. Here, he worked as a professor at the head of the neurobiology lab.

In 1991, Torsten Wiesel was made the President of Rockefeller University. He stayed in his position until his retirement in 1998. After this, he continued to stay active within the university, as he worked as the director of the Shelby White and Leon Levy Center for Mind, Brain, and Behavior.

As of the late 2010’s, he works towards advocating the study of the sciences and medicine to youths.

All of Wiesel’s awards are due to his accomplishments in scientific and medical fields. Some of his most prestigious awards are listed below.

Lewis S. Rosenstiel Award (1972)
Karl Spence Lashley Award (1977)
Louisa Gross Horwitz Prize (1978)
Nobel Prize in Physiology of Medicine (Shared with Hubel) (1981)
Helen Keller Prize for Vision Research (1996)
National Medical of Science (2005)
Wiesel is also a member of the Royal Society and the Order of the Rising Sun.
Torsten Wiesel has an honorary degree from the University of Pavia.

Torsten Wiesel married Teeri Stenhammar in 1956. However, the couple later divorced in 1970. He married for a second time in 1973 to a woman named Grace Ann Yee. Together, the couple had one child, Sarah Wiesel. Sadly, this couple divorced in 1981. Torsten Wiesel married for a third time in 1995 to Jean Stein. This couple’s relationship ended in 2007.