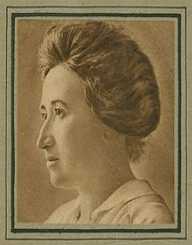 Rosa Luxemburg was born on March 5, 1871, in Poland, which was at the time controlled by Russia. She was the youngest of five children to her parents. In 1873, the Luxemburg family moved to Warsaw. When Rosa was five years old, she suffered from a hip ailment and was left with a permanent limp.

Rosa Luxemburg joined the Polish Proletariat Party in 1882. She began her political activities with organizing a strike, which led to the party heads being executed and the party disbanded. In 1887, she graduated from secondary school and fled to Switzerland, where she attended University of Zurich. There she studied philosophy, history, economics, and mathematics. In 1897, Luxemburg presented her doctoral dissertation “The Industrial Development of Poland” at the University of Zurich. Luxemburg was also one of the founders of The Worker’s Cause magazine, which opposed nationalist policies and co-founded the Social Democracy of the Kingdom of Poland and Lithuania party.

Rosa Luxemburg was not able to permanently stay in Germany. Therefore she got married to the son of her friend Gustav Lubeck and gained German citizenship. After that, she moved to Berlin and joined the Eduard Bernstein’s constitutional reform movement. In Germany, she co-founded the Spartacus League and helped to advance Germany’s young democracy. In Berlin, she was an active member of the Socialist Democratic Party and in 1898 released a brochure attacking the views of Eduard Bernstein. She became a leading spokesperson for the party.

At the beginning of 1900, Rosa Luxemburg began to publish articles about socio-economic problems in newspapers and foresaw a war. In 1904, she was imprisoned for her political activities and spent two years in prison. After her release, she went to the Russian Social-Democrats meeting in London, where she met Vladimir Lenin. She began teaching Marxism and economics at the Party’s Berlin training center. One of her most notable students was Friedrich Ebert, who became the party leader and the first president of Weimar Republic. When crises in Balkans erupted, the party majorly supported the war. In response, Luxemburg was organizing anti-war demonstrations, calling for objection to military conscription. For her actions, she was imprisoned for a year.

Rosa Luxemburg and three other activists co-founded the Spartacus League in 1916. The organization began to write and spread illegal anti-war pamphlets. She was trying to achieve a general strike against the war. Luxemburg was once again imprisoned in July 1916 and spent two and a half years there. During her time in prison, Rosa Luxemburg continued to write and smuggled out her articles which were illegally published. One of the best-known articles was The Russian Revolution, which criticized the Bolsheviks and warned of their dictatorship. In 1917, Spartacus League was merged with the Independent Social Democratic Party, and in 1918, the new party assumed power, after Emperor Wilhelm II was abdicated.

Rosa Luxemburg was freed from prison in 1918. She and Karl Liebknecht founded The Red Flag newspaper and asked for the amnesty of political prisoners. She took part in the Congress, which led to the foundation of the Communist Party of Germany that she and Liebknecht was leading. In January 1919, Berlin was swept by a revolution, and Rosa Luxemburg encouraged the rebels to occupy the liberal press. After this uprising, the Social Democratic leader Friedrich Ebert ordered the left-wing revolution to be destroyed, and Luxemburg was captured. She was questioned under torture and shot to death.

After her and Liebknecht’s execution, violence spread through Berlin and Germany. In the end, the left disbanded, since many of the members of the communist party, as well as civilians and other revolutionaries, were killed. Luxemburg’s corpse was found four months after her death.