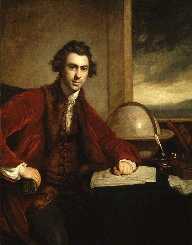 Robert Brown was a Scottish botanist born in December 21st, 1773. He is best remembered as the founder of the firm famously known as Brownian Motion at the moment. Among his best work was On the Proteaceae of Jussieu and Prodromus Florae Novae Hollandiae et Insulae Van Diemen.  At the university, Robert initially studied medicine before he realized his true interest was in Botany.

He then decided to pursue the subject which led to the great botanist he later became. During his career, Robert Brown was honored with a membership at the Linnean Society of London. Some of his great associates in his botanic researches included James Dickson. A type of algae with the name Conferva Brownii was named after him by Lewis Weston Dillwyn, a great botanist at the time.

Robert Brown was born on December 21st, 1773. His place of birth was Montrose in Scotland. He was the son of James Brown and Helen, a priest’s daughter. His father was a recognized individual of the Scottish Episcopal Church.

Robert Brown began his early education in the Montrose Academy. He then joined Marischal College situated in Aberdeen. However, he had to cut short his studies in 1790 when his family relocated to Edinburgh. Towards the end of the next year, his father passed on.

While at Edinburgh he enrolled in the University of Edinburgh where he studied medicine. This was when his interest in botany developed. He then devoted most of his time studying the subject under John Walker who turned out to be a great influence on him. Some of the other most influential teachers he had include William Withering and George Don. During his research, Robert discovered a type of grass called Alopecurusalpinus.

Robert Brown began his career shortly after quitting his medicine classes. In 1974 he became an active participant of Fifeshire Fencibles regiment. One year later, the Royal Navy appointed him to assist Ireland’s head surgeon. This new position was not quite involving since he had free time. He, therefore, maximized his freedom by doing further researches on plants. He researched on Mosses along with James Dickson. Dickson found Robert’s work on Fasciculi Plantarum Cryptogamicarum Britanniae to be quite amazing. He, therefore, published it.

In 1800, Robert Brown began gaining fame, and His amazing work was recognized especially in Ireland. He later replaced Mungo Park, an explorer in an expedition to Australia. It was New Holland at the time. The expedition kicked off in 1801 and Robert began his role of assembling flora and fauna samples. He loved his work at the expedition and ended up serving for about four years.

In 1805, he moved to Britain and further investigated the samples he had gathered during the exhibition. He then published a number of his research findings. Some of his famous publications included On the Proteaceae of Jussieu and Prodromus Florae Novae Hollandiae et Insulae Van Diemen.

In 1810, Robert Brown served as a librarian to Sir Joseph Banks and was given custody of the property when Banks passed on. Between 1822 and 1827, he served in many recognized establishments including the Royal Institute of the Netherlands. He was appointed the president of the Linnean Society in 1849. He served at the position for four years.

Robert Brown died on June 10th, 1858 at the age of 84. He was laid to rest in Kensal Green Cemetery located in London. Several plant species has since then been named after the great botanist.