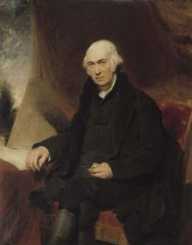 James Watt was born on January 19, 1736, in Greenock, Scotland. His parents were Agnes Muirhead and James Watt. He also had a brother, who died as a child. Agnes died sometime after his brother when James was a teenager.

James Watt did not have what many people would consider a traditional education. As a child and teenager, Watt was often ill and could not regularly attend primary school. He stayed home much of the time, and so his parents taught him. He also studied many subjects on his own by reading books.

After his mother’s death and his father’s loss of inheritance, James Watt moved to Glasgow. He did not live there for long before meeting Robert Dick, who encouraged him to become an apprentice in instrument making. Watt agreed and moved to London to become an apprentice under John Morgan in 1755. He completed his apprenticeship quickly and moved back to Glasgow in 1756 to open his shop.

James Watt’s first shop was at Glasgow University. James Watt wasn’t at the shop for even a year before he was appointed as the Mathematical Instrument Maker to the University. Watt focused mostly on working with scientific instruments, making and repairing. While at the University shop, he met with a businessman, John Craig, who encouraged him to make, repair, and sell musical instruments, outside of the University, but still in Glasgow, which he later did.

James Watt’s career changed dramatically when he was introduced to the Newcomen steam engine. It was broken, and Watt was hired to fix it. James Watt studied the machine for two years, found a way to fix it, and a way to fundamentally change and improve it. In 1765, he made enough changes to invent the steam engine. One of the changes he added was a rotary engine, which helped the steam engine use almost half the fuel as the old Newcomen engine.

James Watt continued to advance and make adjustments to the steam engine from the time he invented it through the 1790’s. During his time, he teamed up with John Roebuck, who funded most of the project and earned a patent with Watt for the steam engine.

Throughout his career, James Watt was a member of several prestigious groups including the Royal Society of Edinburgh and the Batavian Society of Experimental Philosophy in Rotterdam. Although James Watt never actually attended classes at Glasgow University, he was given named a Doctor of Laws by the school in 1806.

While working, he coined the term “horsepower.” He also coined the measurement, micrometer, which helped to make measurements more precise. This measurement is now used all over the world. It is a part of the SI measurement units.

After death, the term “watt” was named after him as a measure of power for the SI units.

James Watt was married twice in his life. His first wife was Margaret Miller. The couple was married from 1764 to 1772. Their marriage ended when Margaret died in childbirth. He married his second wife, Ann MacGregor, in 1777. The couple was married until his death. All in all, Watt had four children that survived to childhood: Gregory, James Jr., Janet, and Margaret. He had several more children who died young.