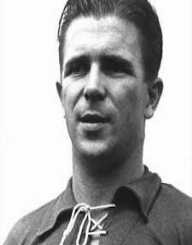 Ferenc Puskas was born on April 2, 1927. He was a Hungarian manager and footballer. He is popularly referred to as the greatest players of all time. In 1952, he was an Olympic champion. In 1954, he led his nation to the final of the year’s World Cup. At the World Cup, he was named the tournament’s Best Player.

In all his career, he scored eight four goals in eighty-five international matches for his nation and five hundred and fourteen goals in five hundred and twenty-nine games in the Spanish and Hungarian leagues. In 1959, 1960 and 1966, he won the European Cup.

Ferenc Puskas was born on April 2, 1927, in Budapest in Hungary. He was born to Margit Biro and her husband. He was brought up in Kispest in Hungary. Ferenc started his career as a junior with Kispest AC. His father coached the team. At the age of twelve, he signed a contract with the team. In 1943, he played his first major match with Kispet against Nagyvaradi AC, and his team won. He was later nicknamed ‘Buddy’ by his teammates.

In 1949, the Hungarian Ministry of Defence took over Kispest. The team became the Hungarian Army team hence changing its name to Budapest Honved. Ferenc was given the rank of major since all team members were being given military ranks. Ferenc being a major led to his nickname ‘The Galloping Major.’ He assisted the team in winning five Hungarian League titles. In 1948, he was named top goal scorer in Europe.

In 1945, Ferenc Puskas made his debut for the Mighty Magyars team when he scored a goal in a 5-2 win against Austria. He played eighty-five games for Hungary and scored eighty-four times. He founded the Golden Team together with Jozsef Bozsik, Zoltan Czibor, Sandor Kocsis and Nandor Hidegkuti. The team was not defeated for a total of thirty-two consecutive games. In 1952, the team won the Olympics after they defeated Yugoslavia 2-0 in Helsinki. The following year, they became the Central European Champions. In the 1954 FIFA World Cup, he scored four goals for Hungary before he attained a hairline fracture of the ankle.

Two years later, Budapest Honved entered the European Cup. In the same year, the Hungarian Revolution started in Budapest hence the players decided not to go back to Hungary. They, however, toured Italy, Spain, Brazil, and Portugal with the help of their family members amid opposition from FIFA and Hungarian football authorities. Later after the tours, Bozsik went back to Hungary, but the rest of the players found new cubs to play for in Western Europe.

Ferenc Puskas was among the players who did not go back to Hungary. Hence he was banned from UEFA for two years. He played unofficial games for teams such as RCD Espanyol. AC Milan and Juventus tried to sign him, but it became impossible due to the ban. The ban disallowed him from playing football in Europe. He later moved to Austria and then moved to Italy. When he was thirty-one years old, he joined Real Madrid.

In 1962, Ferenc Puskas became a Spanish citizen. He played four times for Spain, three of the games being at the World Cup in 1962.

Ferenc Puskas later retired from playing football and became a coach. He also managed teams in Europe, South America, North America, Asia, Africa, and Australia. In 1971, he led Panathinaikos of Greece to the European Cup Final. The following year, the team won a Greek Championship with his help.

In 1991, he won the National Soccer League Title with the South Melbourne Hellas. Two years later, he was an honorary guest at the opening of the Molineux Stadium by Wolverhampton Wanderers. In the same year, he coached and managed the Hungarian National Football Team for only four games.

In 2000, Ferenc Puskas was diagnosed with Alzheimer’s disease. He died on November 17, 2006, at the Budapest Hospital of pneumonia. Ferenc died at the age of seventy-nine. He was survived by his wife and daughter. His remains were buried under the dome of the St. Stephen’s Basilica, Budapest.