The Dhanishta Nakshatra, bridges the cusp of Capricorn and Aquarius. She is known as the most benevolent of the 27 sisters and is eternally immortalized in the cosmos by the 4 stars that make up the Delphini, or Dolphin constellation. The stars form a shape similar to that of a baseball diamond and reside just above the 2 constellations at their cusp.

The ancient Jyotish also related the stellar quartet to the hand drum; thus the Dhanishta is symbolized by a drum. This eludes to her connection with her sister in the previous Nakshatra: one plays the beat and the other hears the rhythm. When the beat is synchronized with that of the Universe one can achieve their highest good.

Eight gods govern Dhanishta, they are known as the Vasus which together carry the characteristics of all the Nakshatras. This region of the solar system is said to regulate Universal rhythms.

The musical nature of this Lunar Mansion are nurtured through Shiva’s reign and her love of music. Vedic astrologers refer to this span as a bridge between the male and female energies of Vishnu and Shiva.

Bestowed with a sharp mind and good intellect, the people of Dhanishta Nakshatra are capable of creating great affluence. Known for their generosity and well respected in the community; the Dhanishta is a kind hearted and sensitive individual. At times irritable, they are highly protective of their friends and family. Dhanishta natives have some of the best ‘poker faces’ in the Universe. 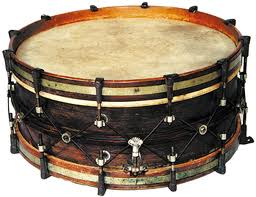 The Dhanishta native will take one of two body types. The first being very long and lean; and the other a rather short and stout character.

Humanitarian’s by nature, the Dhanishta is known to give back to the community in many ways. The thought of hurting another being is intolerable for these gentle people. As such, they shy away from conflict and are known to hold a grudge until the other person make the first advance toward reconciliation. The presence of 8 gods in the sector makes this a highly spiritual birth star and the natives tend to be as well. 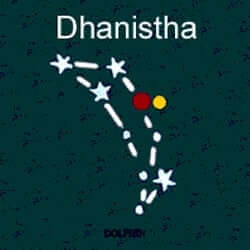 The Dhanishta Nakshatra native has a sharp mind and regardless of their level of education is able to achieve much acclaim in their field of choice. They excel in the sciences, history and literature. These are particularly stoic folks and they are well suited to working in confidential environments such as the medical and legal sectors. Loyal and sincere, they crave stability and are known to hold the same position for lengthy periods.

Strong bonds with their siblings are the result of their charming childhoods. These people take on a lot of responsibility in the birth family and consequently achieve an exalted position in the family.

They often care for their family members in times of sickness and are known to receive large inheritances. The Dhanishtha Nakshatra native typically enjoys a happy wedded life and tends to have a strained relationship with the spouse’s family.

The Dhanishta is prone to accidents and may suffer several broken bones in their life time. They are prone to persistent cough and anemia. Often susceptible to stress, they can suffer from nervous exhaustion if they take on too many responsibilities.