Before I even start with this article, let me state, “relationship or marriage is not a campaign platform where parties prove whose ideology is best. So it would help if you allowed your ideology to affect your relationship negatively. Let’s read more about a Conservative dating a Liberal.

That said, everybody has an ideology they align to, and you can’t take it away from them. Some people are very radical when it comes to their political views, while others are ready to accept other’s views. So let’s talk about when a liberal meets a conservative.

This kind of relationship or marriage can be fascinating. It takes a little more endurance and accommodativeness for two people who share extremely opposite political and social views to date or marry.

They share different views on abortion, gun control and many others. But remember that relationship is not warfare. So how can a conservative date a liberal person?

Being open-minded to accept and tolerate each other ideology on the surface is the best way to start and maintain a relationship between a conservative and a liberal. You wouldn’t have to change from a liberal to a conservative or vice versa, but you can learn to agree to disagree.

You must have self-control and a mutual appreciation about things your share in common. At least there should be a time you meet at a junction to appreciate each other’s views.

Aside from that, you should have a common interest. So instead of debating on the need for strict gun control, you can rather engage yourself in something that interests both of you.

As I have already noted, a relationship or marriage is not a waterfront or campaign platform to sell your ideologies. So you better know how to keep your cool.

There is no way you can prevent an argument when a conservative dates a liberal. However, it would be best if you didn’t take things very personally.

You can use that debate to spice up your relationship rather than hurting each other’s feelings. According to research, couples that argue stay together longer.

3. Learn not to Offend Each other During a Debate

Tempers can go high during a debate between a conservative and a liberal. But will you kill each other just for political expediency? Aside from sharing different ideologies, you should know that you are partners.

So how long can you debate each other? It would help if you were careful not to offend or use strong words on your partner when debating. 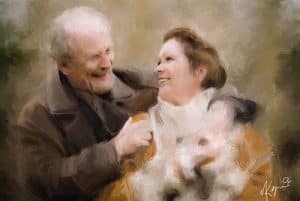 When that happens, you will end up ruining the entire relationship. I don’t believe you would want to date or marry your ideology.

You both know that your relationship normally strains after a heated debate. Why don’t you prevent it then? For God’s sake, it is a relationship and not a debate club, so don’t turn it into one!

It would be best if you debate among your likes than battling with your partner at home. Do not discuss state policies at home to avoid raising passion.