Association Of The Broom With Witchcraft

Association Of The Broom With Witchcraft

The broom, a simple shaft of wood tipped with a brush of twigs or straw, bound together by thin strips of bark soaked in water, wrapped around the straw or twig binding, and left to tighten as it dries. Why would a simple household item bear so much significance in magic and witchcraft?

The broom was carefully assembled by the women from straw and a local wood, hazel was a customary tree for this purpose. The end was best made from birch twigs, and bound to the handle with strips of willow withy. A shaft of wood tipped with bristles made for cleaning the floor. 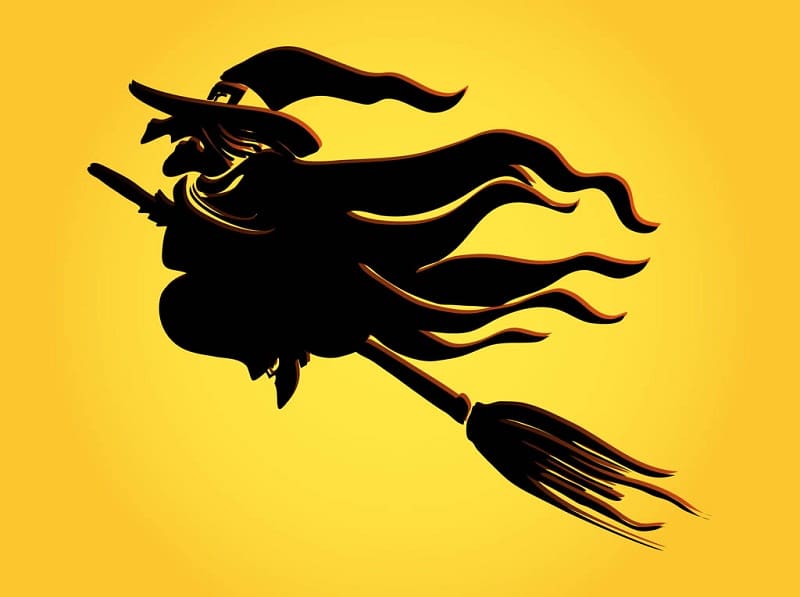 So why is this tool so central to the practice of witchcraft, and so deeply tied to the image of a witch? To understand that, we have to go back into a simpler time, and understand the place this tool held in the life of the average peasant housewife. It was almost always made by the owner, and therefore a deeply personal tool that had the personality of it’s creator imprinted in it’s very construction. The canny will recognize this as the trait of any good magical tool.

Additionally, the broom was used to take precious care of that place that was the woman’s demesne in that time, the home. It was used to keep the floor clean, to get into the nooks and cranny where the family animals could hide, or just to get cobwebs out of the corners. It would be used to push the rushes that covered the floor out, or shoo the chickens and other animals out the door. It was a tool used in most aspects of the home, and that gave it power.

For a witch, it’s symbolism and power ran even deeper. It was already made by their very hands, but they would often take a bit more care in it’s construction. You see, it was no coincidence that made the witch choose hazel as their wood of choice. It was used promote health, knowledge, and wisdom.

The willow was deeply tied to emotion and healing, and would bind itself to the one that wielded it’s power, while birch twigs served as protection against evil spirits. Everything about this tool was bound to protection, health, and the enhancement of the witches natural intelligence and curiosity.

The broom was used in a sympathetic magical ritual in the fields, the witch jumping above the plowed and planted ground to tell it how high to grow. It was used to facilitate flight by using it as a method of inserting psychoactive chemicals into the body to promote a trance-like or hallucinogenic state enabling the witch to astral project easier.

After any circle was opened, it was the broom that was used to physically and magically cleanse the circle of any residual dust and energies, ushering unwanted spirits attracted by the activity out of the home.

In closing, brooms are associated with witchcraft both because of the folklore of the witch on her broom, it’s practical magic applications, and of course being used as a method of achieving the flight for which witches were so well known, even if the last was only spiritually. If you are a magical practitioner, you might consider making one of your very own! It’s not difficult, and it can be very rewarding!

Share
Previous Understanding The Cancer Man
Next What Are Crop Circles?