Upagrahas (shadow planets) is a tool designed to allow you to see how some of the nonphysical astrological elements may affect you. The Upagrahas reading is certainly easy to read and is detailed. Having a small prediction as to the future in broad terms is nice. Some of the interpretations are quite favorable,  although not all.

Upagrahas may not be the primary factors in Vedic astrology.But ignoring them is not a wise notion as they do have strong effects on people related to the positioning in the birth chart.

The effects of the Upagrahas can be significant enough to exert influence on nature in astrological charts. It would be wise before doing a Upagrahas Reading to learn a little about the various Upagrahas. 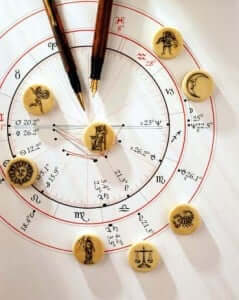 In total there are  six known subtle planets or Upagrahas (Chaya Grahas) in Jyotish. Their positions can be located using the sun’s longitude. The Upagrahas are: Kaala, Maandi, Arthaprahaara, Mrityu, Yamaghantaka, Gulika, and in general their natures are seen to be pensive.

This makes it more important that you be conscious of how they may affect you and where they are located in your birth chart. They are not visible and are said to be nonphysical.

In 2017 and going forward, it will be essential to be aware of those things that may work against us. Since these Upagrahas do not in general have a beneficial effect, knowing about them is a very wise idea. Where there are simple things that can be done to avoid possible legal hassles  it could be advantageous to do so.

For one of these six Upagrahas,the basic information is given below:


The family will be joyful. Your spouse and children will provide you pleasure and joy. You will not be given to underestimating others and will show them respect.

So as you can see the descriptions given through the Upagrahas calculator are clear and concise. The test is also very quick and can be a great guide in knowing something about your own character.