The Zener Card Reading is designed to look at the degree of psychic ability present in an individual. The test itself uses the mathematical probability of someone being able to know what the next symbol is going to be without being able to see it. Psychic talents are very much individual and do vary person-to-person who has developed their skills in this area.

In 2013 – 2014 we’re becoming more aware of the fact that many of us are born with some degree of psychic ability. There are events in our daily lives that could be considered to be psychic in nature. Psychic abilities do not demand that one is born with extra gifts. Rather a psychic insight is an event that can occur at almost any time, place, and without reason.


Psychics are not limited to mere prediction or the passing on of messages. A psychic must have the ability to communicate well as a human being and requires compassion. An individual does have the option to develop any psychic abilities they may have if they wish to do so.


The Zener cards are used to test psychic ability present within an individual. The interest in psychics, and how they function, has never been greater. The growing ability of the World Wide Web to bring information to us immediately has helped to increase this field of interest. But knowing if a psychic’s ability is real or imagined can be very helpful in determining the value of their predictions.


The Zener cards allow one to examine the use of psychic abilities. In the Zener card system there are only five cards: a hollow circle, a Greek cross, vertical wavy lines, a hollow square, and a hollow five pointed star. The pack includes five of each type of card.

These cards are made out of a fairly solid material so that the person being tested cannot see through the card. In the markings on the back of the card make it extremely difficult to get any impression of what is on the front. This means that when the individual being tested looks at the cards and predicts which card will come up: they cannot be reading the card physically. 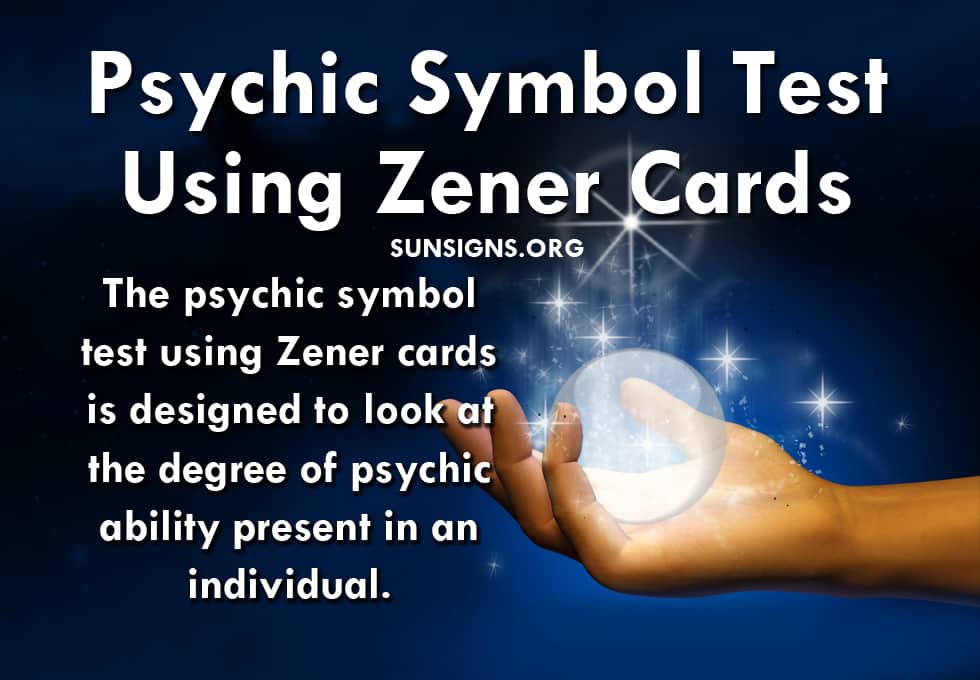 There are many studies that indicate humans use only a small percentage of their brain. Now if there is psychic ability present it will vary from individual to individual in both acuity and in the area in which it is functional.

Some believe that intuitive psychic powers are simply the ability to read and put together information in an unusual way. However, many do consider these to be psychic abilities: clairvoyants, telepathy, spirit healing, levitation. The vast majority of individuals are born with some psychic ability but the choice to develop it is ours.