Crystal divination is perhaps the most popular method adopted for the purposes of prophecy. Having seen in movies, cartoons and fairs, most people are aware of its use. Fortune Telling through crystals helps in dealing with day to day problems. Thus crystal divination is very helpful for anybody who is willing to find a solution to their problems and move ahead in life to accomplish certain achievable goals.

If the opinions of some of the most popular crystal healers are to be believed then anybody and everybody will respond in a different way to distinct vibrations. These energies and vibrations are not at the same level and frequencies. No living thing is without a vibration or a chakra or a meridian and divination through crystals works on these principles.

The readings and system of crystal divination is basically dictated by psychic powers. The ability to feel something which is supernatural is basically called ESP or Extra Sensory perception. Some of the popular forms like Clairvoyance, Claursentience, Clairaudience are all parts of ESP and show the presence of Psychic ability.

Contrary to the common perception a person who is believed to possess psychic abilities is not born with some innate, out of the world abilities. The abilities of psychic nature develop slowly, naturally and with time and it is not something which needs to be concentrated upon.

These are especially helpful in dealing and handling of some of the common everyday problems that sometimes prove to be way more troublesome than they actually are.

However there are some scientists who are of the opinion of that there are some stones and minerals found here that are of a certain kind of atomic structure and thus possess abilities of metaphysical nature. Some of these abilities are very prominent in some of the gemstones and these have found to be helpful in healing human beings not only on a physical level but also on a mental level.

The crystal fortune teller presented over here is very helpful in getting a crystal divination done. All one needs to do is enter the full name and the date of birth and then click on the button with Free Crystal Divination Reading written on it. 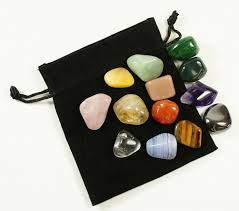 If the details entered are correct then an in-depth analysis a detailed report comes which contains the name of the gemstone and an interpretation of the abilities of this stone. In addition to this certain suggestions are also given to improve the lifestyle of the individual.

Share
Previous How To Do Automatic Writing
Next How To Make And Use A Pendulum?