You see these symbols everywhere, and might not even recognize them as symbols of any sort. They show up no matter where you go, and you are constantly in their presence. What do these common symbols really mean?

Everyone knows the symbol of medicine, the winged staff with two snakes wrapped around it. Right? You see it in hospitals, on ambulances, and on first aid kits, but what is it, really? That symbol is called the Caduceus, and historically it has nothing to do with medicine. 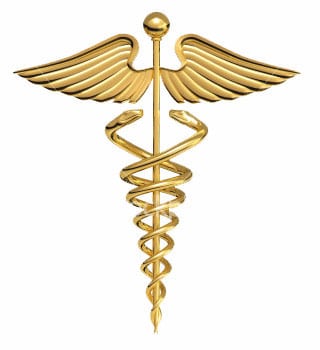 The only reason it has such a meaning today is because the United States Army’s medical department adopted it as their official insignia in 1902 because a single officer insisted on it, being incorrectly-informed about its meaning.

The Caduceus is actually the symbol of the god Hermes, the messenger god with winged sandals, and actually represents communication, commerce, cheating, and all things associated with Hermes.

The ACTUAL medical symbol is called the Staff of Asclepius, and is a much simpler common staff with only one snake wrapped around it. This is the actual symbol of medicine, and is the staff borne by the god of healing and medicine, Asclepius.

The Caduceus is a symbol of being made rich through commerce and lying and gambling.

Commonly called the Star of David, the Jewish religion takes this symbol as one of its defining signatures. It’s also commonly used by Catholics, Mormons, and Hindus. 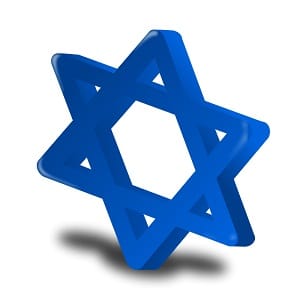 The two equilateral triangles overlaid on top of each other, however, have many more meanings than just the religious. In witchcraft, it is attributed to the seven old planets, and is often used for summoning spirits and familiars.

However, the most impressive meaning is the one implied by the Freemasons: The two triangles represent complimentary forces, the dark and the light, the masculine and the feminine. They say it appeared in Solomon’s temple, and is thus also a prevalent decoration on many of their buildings.

An equal-armed cross in the center of a circle, this symbol is often made quite elaborate and called the “Celtic Cross.” Popular belief states it is the symbol of a blending of the ideas of Catholicism and traditional Irish faiths, and this is technically true. However, an older meaning behind this symbol lies under the surface of the Celtic mythos.

This meaning persists onward today in modern Wicca. A still more modern meaning in astronomy is that this symbol represents Earth (and the sun is represented by a dot within a circle instead). This meaning is accepted by science in general, and shows up in NASA’s official documentation of the known universe.

This one is big, and everyone knows it. The Great Seal of the United States of America is positively rife with symbolism, and there’s no more obvious than the eye in the pyramid. Generally represented in two dimensions as an eye in a triangle with rays of light coming from it, the symbol itself dates back to Egyptian times as the Eye of Horus. 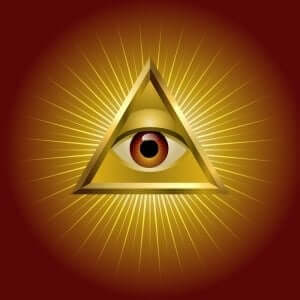 Back then, the eye was just an eye – the triangle appeared in the 17th century as part of Christian mythos, representing their tri-deity’s three-fold existence. The Freemasons use it to represent the Eye of the Great Architect, which in their ideology is the God of the Abrahamic religions.

The symbol is definitively Freemason, and has been documented as such since the late 1700’s. That it is on the Great Seal of the United States might prove that there is less Christian influence and more secret-society influence on the original founding fathers than one might think.

Share
Previous Bible Numerology
Next How To Strengthen My Psychic Abilities?