The methods and calculations of Australian astrology are done basically to reveal the distinct animal personality traits of each individual. This analysis is done on the basis of the date of birth of that individual. This system is also used to understand the various virtues and vices of different animal signs. 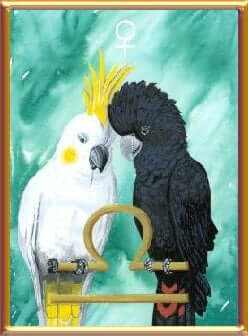 Some of the names of the signs based on which predictions are made are Dingba, Koala and Wombat. Over time the Australian astrology has been considered to be one of the most accurate and interesting forms of divination.

The origin and development of Australian zodiac signs can be owed to the old native tribes of Australia. Not only have these tribes created this form of Astrology and passed them down the ages, they have also brought in appropriate amendments as and when required.

There are many experts available who help the people by creating an in depth cosmic profile. However nothing could be said about their credibility or their knowledge. This is where the Free Australian Astrology Reading calculator becomes important as it is easy to use and people could use it from the comfort of their homes. All one needs to do is enter the full name and the date of birth.

Having entered the details correctly the user has to click on the button with Free Astrology Reading written on it and after this a detailed report comes up. The report of the analysis contains the name of the Australian sun sign and an explanation of the meaning of the sign. The report also offers certain suggestion which if adhered to might lead to a better future.


The reports of Australian astrology are based on an in-depth analysis of the position of different constellations during different times of the year. The calculator presented over here is easy to use and is free of cost thus one must try using it to do the needful for a better future and also to understand their key personality traits.


Share
Previous Fortune Dice
Next What Is Paka Lagna?