Rooster Horoscope 2017: An Overview – A Look at the Year Ahead

The 2017 Rooster horoscope predicts that things will come and go this year, but your life depends more on your actions than the placement of the stars. While the Chinese zodiac signs will be able to guide you, it’s ultimately up to you what you do with your year. Work on things that will improve your life and the Chinese New year in general. Avoid things that will ruin your year if you can. Roosters, use this 2017 Year of the Red Fire Rooster to prepare for the next year. So make the best of it. The upcoming years are sure to be easier.

Each sign is named after an animal that represents the sign’s traits. For example, if you are born in the year of the rooster then you will have many of their traits:  observant, keen, obviousness, simple-natured, sociable, attention-seeking, active, and resourceful. You are likely a Chinese zodiac rooster person if you were born in any of these years:  1945, 1957, 1969, 1981, 1993, 2005, or if the person is being born this year! 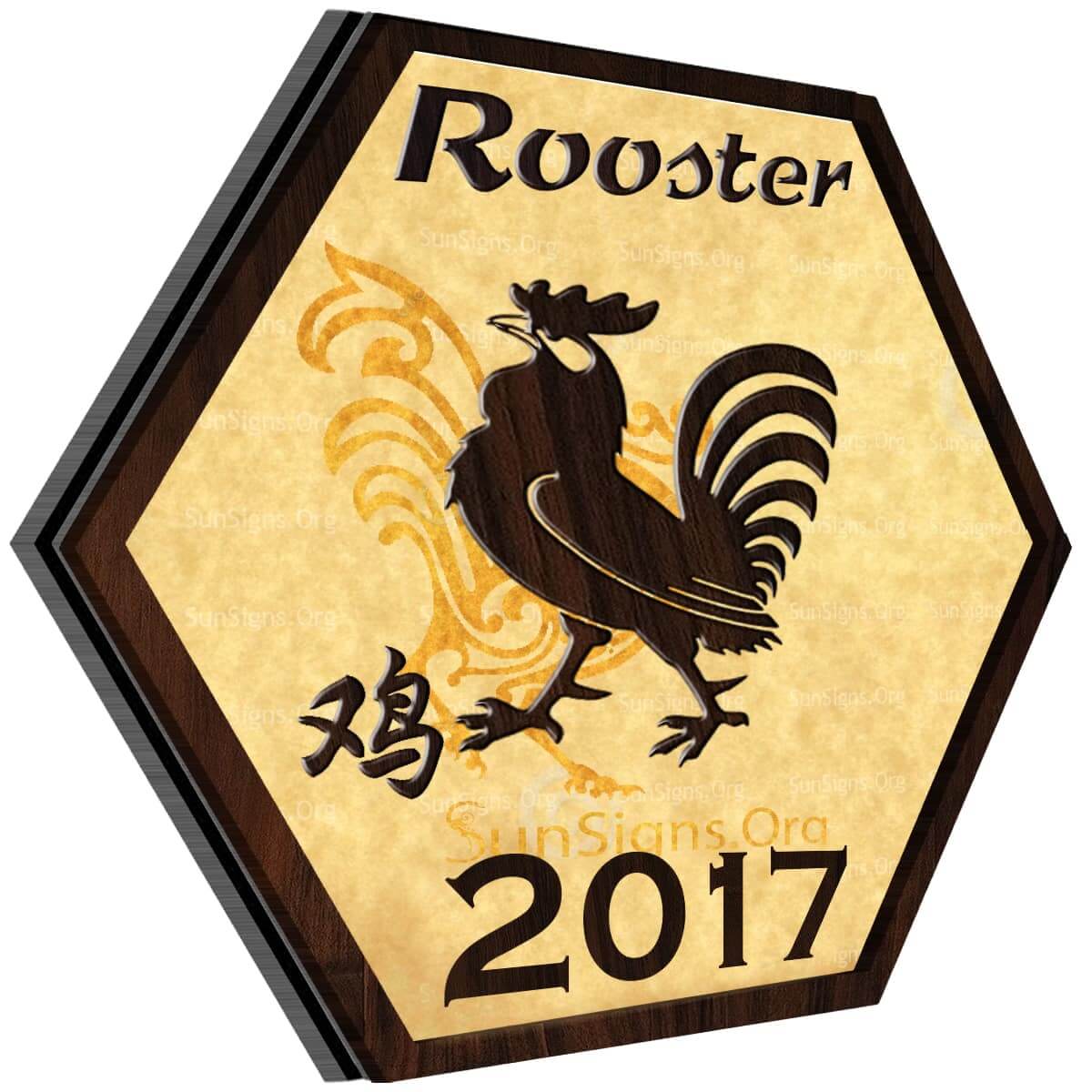 The Rooster 2017 horoscope predicts that your emotions and feelings are what is most important in your relationships, friendly or romantic, this year. Paying close attention to your partner and friend’s emotions this year is also highly important if you want to advance your relationship with them in any way. Your romantic life will be extreme in one way or another. So it could be a marriage or a relationship breakup for the rooster in 2017.

The 2017 Chinese zodiac predictions also suggest that there is a chance of the affair being extremely sexually passionate, or on the other end of the spectrum, abusive. Be patient in your relationships, for the most part, but get out of an abusive relationship as soon as possible.

The Rooster 2017 predictions foretell that there will be no extreme changes in your relationships for the most part. The people you know are not likely to change their actions. Although, you are allowed to change your own. You are also likely to meet new people this year who could become great friends or lovers. Pregnancy and children can be expected.

The year of the Rooster 2017 predictions foretell that if you have felt bored at work lately, that is about to change. You will feel a surge of productive energy. You may even be given new projects to work on in your job or business! If you can pick your jobs, pick one that helps you to show others your talents, whatever they may be. If you can lead in a situation, do it. This is a time to make yourself more valuable to your boss and co-workers. If you do this right then you may even get a raise or a promotion!

Chinese horoscope 2017 rooster forecasts suggest that when it comes to money this year, you need to act quickly! It is highly important that you work on paying off your debts this year. There will be many things that can put you further into debt this year. Avoid these things! Pay off the boring things in life so that you will have money to spend on fun stuff later.

Year Of The Rooster 2017 Predictions For Health

Chinese horoscope 2017 Rooster forecasts foretell that you are likely to be full of both physical and mental energy this year. Your body is up for any challenge that you may throw at it! This doesn’t mean that you should treat your body poorly this year, though. Make sure that you exercise regularly and keep a healthy diet.

The Rooster 2017 horoscope also tells that your mind is likely to be stronger than your body, though. You will be better able to solve problems and your intuition will feel strong. Pay close attention to your dreams this year; they may hold a hidden meaning. Pick up a dream dictionary to better understand your dreams.

The Feng Shui 2017 yearly predictions for the Roosters foretell of abundance in wealth and prosperity.

The rooster horoscope 2017 forecasts that you are likely to be extra protected this year. This means it is safer to take risks this year than it has been in years past. You will see extra luck. Your luck may even expand into next year as well! Let your year be adventurous!