Rabbit Horoscope 2017: An Overview – A Look at the Year Ahead

The Rabbit 2017 horoscope predicts that one great way to get ahead this year is to be focused on what you want out of this Chinese new year. Pick some goals at the beginning of the year and focus on them. The Year of the Rooster 2017 predictions ask you to try to resolve problems that may have acted as stumbling blocks in the past years. Make more friends than enemies. Work hard and you will be rewarded!

In Chinese zodiac, each of the twelve signs is based on different animals. The traits of the signs directly correlate with the traits of the animal it is based on. Unlike western astrology, Chinese astrology signs last for about a year instead of a month.

You are a Chinese rabbit if you were born in any of these years: 1939, 1951, 1963, 1975, 1987, or 1999. Some of the traits of rabbit people are that they are usually very gentle and soft-spoken people. They have a zen-like nature to them. It takes a lot to get them upset, which is one reason why they make great friends. Those born in the Year of the Rabbit are also known for being rather artistic and a great romantic partner. All these traits can help a rabbit person in the lunar new year 2017! 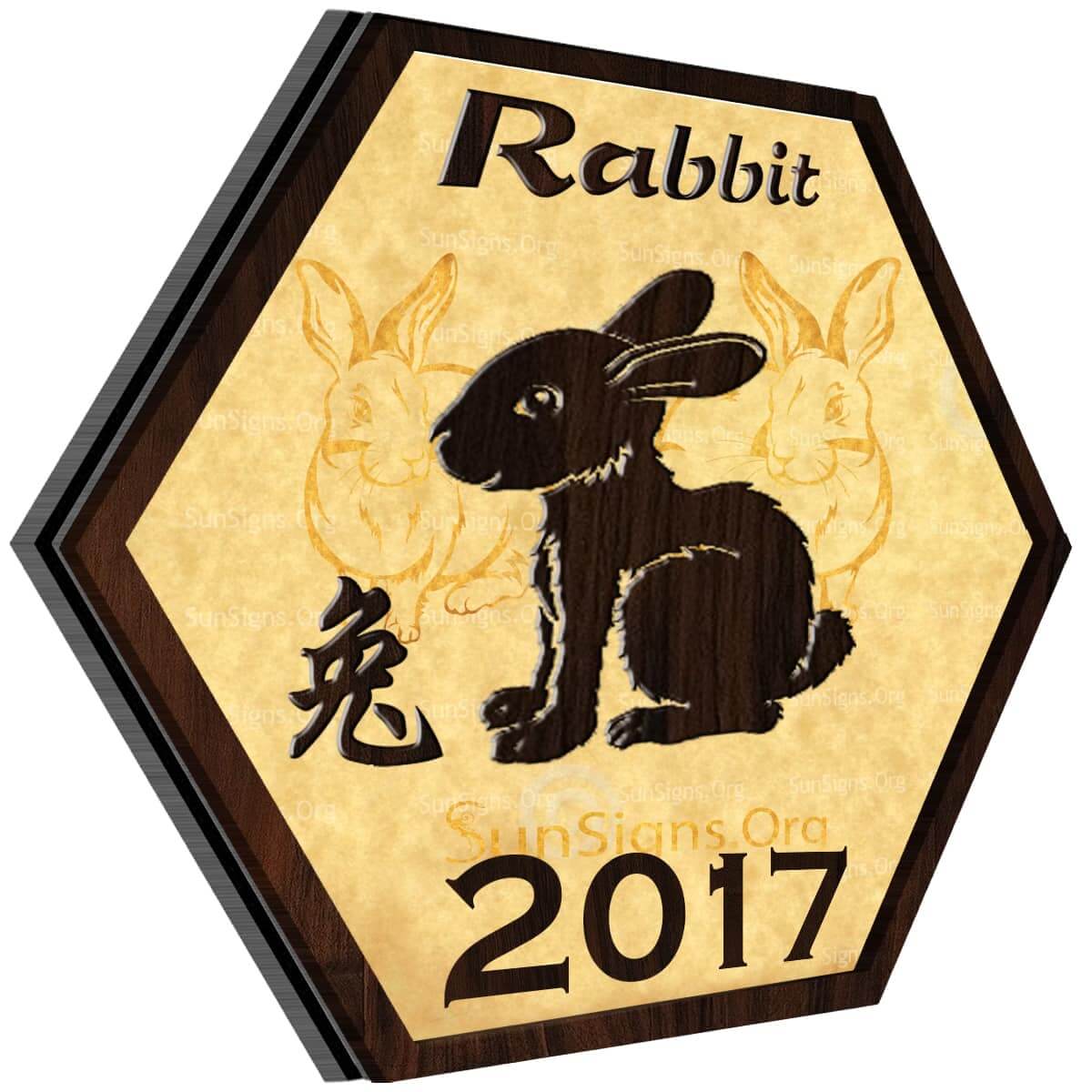 The Rabbit 207 predictions for love warn that in the middle of the year your sexual relationships, both romantic and just friendly, will be more complicated than usual. You may need to put more effort into your marriage during this time of the year, or you may take them to the next level as well by planning a pregnancy. So long as you are optimistic about the future and are brave enough to try new things your social circle is bound to expand. The Year of the Red Fire Rooster will go well for your social life if you are able to show people your true self.

The Chinese horoscope 2017 Rabbit forecasts show that as the year goes on your workload will increase. Use the time at the beginning of the year to get ahead while things are still going slowly. Keep an eye on the rest of the world. Use what you learn from current events to advance your career. This might require some creativity on your part, but this shouldn’t be hard if you really are a rabbit. Also, get to know your co-workers and bosses better. They can make it easier to succeed and get ahead. Also, they could just make good friends.

The 2017 Rabbit horoscope asks you to make sure that you put away money during the year just in case there is an emergency. For the most part of the year, your finances should be okay. But there is always a chance that you will be faced with an unexpected expense. If you have old debts, make sure to try to pay them off.

Year Of The Rooster 2017 Predictions For Health

2017 Chinese horoscope predictions for Rabbit suggest that if you have been slacking on your physical self in recent years, then this is the time to make yourself look better. Whether it be by working out, dieting, or getting a new wardrobe, go for it in 2017. Do your best to stay healthy this year, especially during the cold months when your body is bound to be the most vulnerable. Here are home remedies for Seasonal Affective Disorder

Rabbit, increase the time that you work out even if you are already in shape in 2017. This will help you to become even healthier. Also, don’t slack on sleep this year; make sure that you get at least eight hours of sleep a night.

The 2017 Feng Shui yearly predictions for the rabbit suggest that this year might be a little tough on some fronts. But thanks to your persistence, you will come out a winner!

The 2017 Rabbit horoscope predicts that new opportunities are everywhere for you in 2017! You can use these opportunities to make yourself all the more better.