Pisces 2017 Horoscope: Introduction – A Look at the Year Ahead

The 2017 Pisces horoscope predicts that this year will seem extremely great to you if you take all of the right steps. Sacrificing some fun for security is bound to pay off in the long run. In the meantime, don’t be afraid to have fun when you know that you can afford to do so. Be wise and make good investments.

The Pisces star sign should never forget to spend time with friends and family when you have the chance in 2017. This will be a dynamic, and at times crazy, year for you. Have fun with it!

If you are a Pisces personality then you likely have a rather active imagination. What will tomorrow be like? What about next month? What about the whole year of 2017? This article is here to give Pisces zodiac sign predictions for 2017, or at least help you out with some of the details.

You share a Pisces birthday if you were born between February 19th to March 20th. Pisces sun sign people tend to be friendly, creative, and intelligent. With all these traits, there’s nothing that they can’t handle. These traits will help them out in 2017. Let’s look at how they do this with the Pisces 2017 forecasts. Know how your year fares for this. 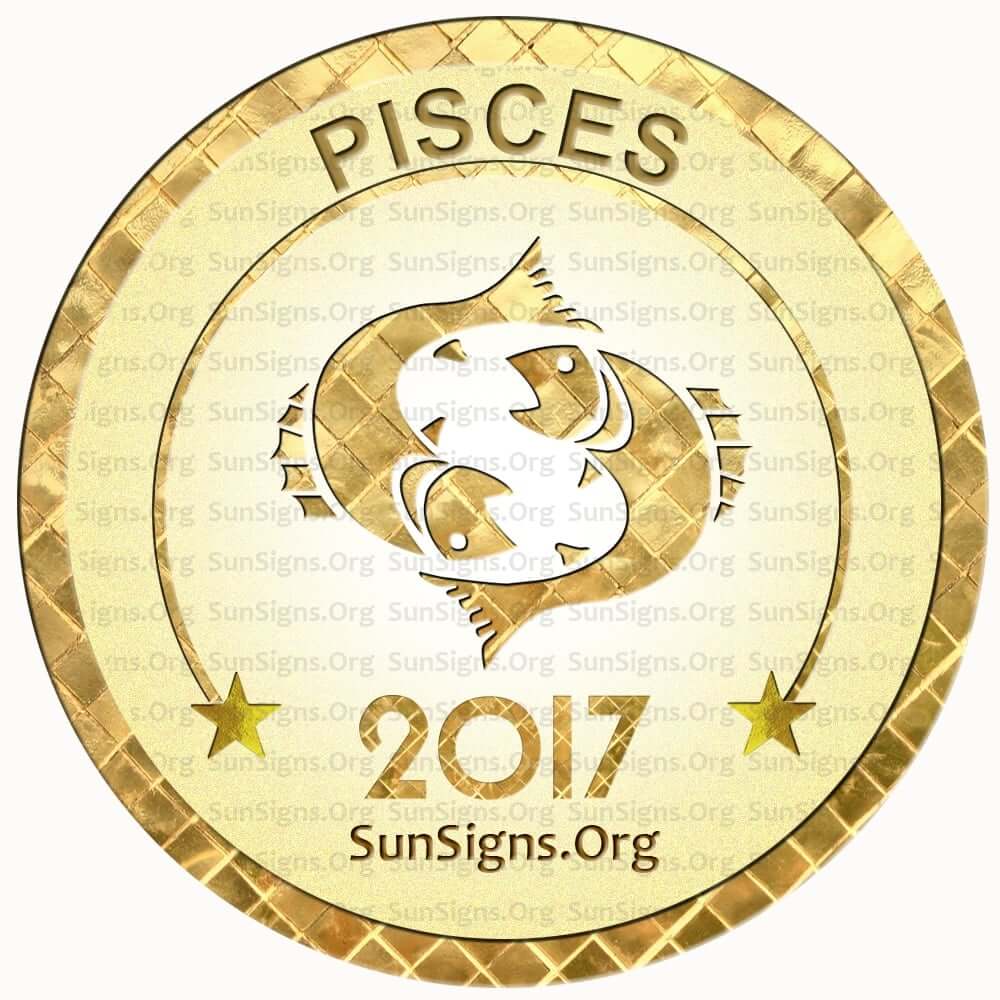 The 2017 Pisces astrology forecasts suggest that if you are already in a relationship then it may be time to shake things up. Do new things with your partner to keep the romance alive. Take a trip or go on more dates. Your sexual life will also be exciting. Make sure that you don’t waste your new and sometimes overwhelming Pisces sexual energy. This is also a good year for the Fish sign to plan for a pregnancy. You are likely to date some of your friends this year if you are a person who likes flings. The Pisces zodiac prediction 2017 suggests that you can also make more friends by just being your exciting and imaginative self.

The 2017 horoscope for Pisces sun sign foretells that your work life will go by like a breeze this year. You are more likely to make friends with your co-workers than in previous years. These types of social connections will make your work life a lot easier than if you were not to make friends.

Pisces, your bosses or partners in business are also more likely to accept your creative ideas in 2017. So don’t be afraid to share them! If are still in school, then the same applies to you as well. Pisces in 2017 will make friends with classmates and teachers too.

The 2017 Pisces astrology asks you to make sure to keep a close look on your finances this year. It is likely to be really a hit or miss. If you spend money on frivolous things then you are likely not to have the money when you need it. The best solution is to save some money and spend some instead of just doing one or the other. You might lose some fun out of it, but it will work as a great safety net.

2017 Health Horoscope For The Fishes

The Pisces 2017 yearly horoscope predicts that this year will be a dynamic one for you! You will feel like you are filled to the brim with energy this year! This will give you all the strength that you need to do whatever it is that you want to do! Don’t waste your time getting stressed out over the small things. Enjoy every day as it is. Try music therapy for keeping your mind calm.

The Pisces in 2017 are likely to make a lot of changes in life this year. It could be small things like the style of clothes that you wear, or something more major like getting in or out of a new romantic relationship. Use your good vibes to spice up your friend’s lives as well. They sure will appreciate it.

January 2017, this month there are strong chances that the Pisces zodiac sign will have some problems in their relationships.

March 2017 will see a peak in your earning capabilities and you will be blessed with beautiful skin.

April 2017 will solve all issues for the Fishes at work but physical health will be impaired.

May 2017 will come with many changes on the family front. Emotional health will need some care.

June 2017 will see you spending time with your loved ones as your fourth house is strong.

July 2017 shows that your 5th house is strong and helps you discover yourself.

August 2017 with the Mercury 2018 retrograde will bring some problems on the money front.

September 2017 predicts a high in your love life. Career changes can be expected for the Pisces star sign.

October 2017 is a prosperous and fun filled month though your job might give you some hiccups.

November 2017 should be a month of planning and contemplation.

December 2017 shows a great professional life which might lead to health ailments. You need to work on making your bones stronger.

The Pisces horoscope 2017 forecasts a crazy and romantic year as long as you keep a hold over your finances. Be careful with your relationships.