October 2015 Sagittarius Horoscope forecasts the dominance of personal ambitions and determination during October 2015. Your self-will will help you achieve your goals. You have to decide what you want and complement it with hard work.

Majority of the planets are in the Northern half for the Sagittarians in October 2015. Career and financial matters will be more important than family and emotional happiness. Your success in career will automatically help your family to prosper.

The Sagittarius October 2015 monthly astrology predictions forecast that career progress will happen slowly and it will show up at a future date. Scrutinize your job offers properly before accepting them. Do not expect any immediate returns for your business deals. Also take a look at your Chinese horoscope 2015 for more forecasts.

Finances are not very strong for the Sagittarians in October 2015. It requires more hard work during the last week of the month. The situation will improve by the end of the month.

You can expect sudden inflow of money. Speculation will be profitable and your intuition in fiscal matters will be at its best. 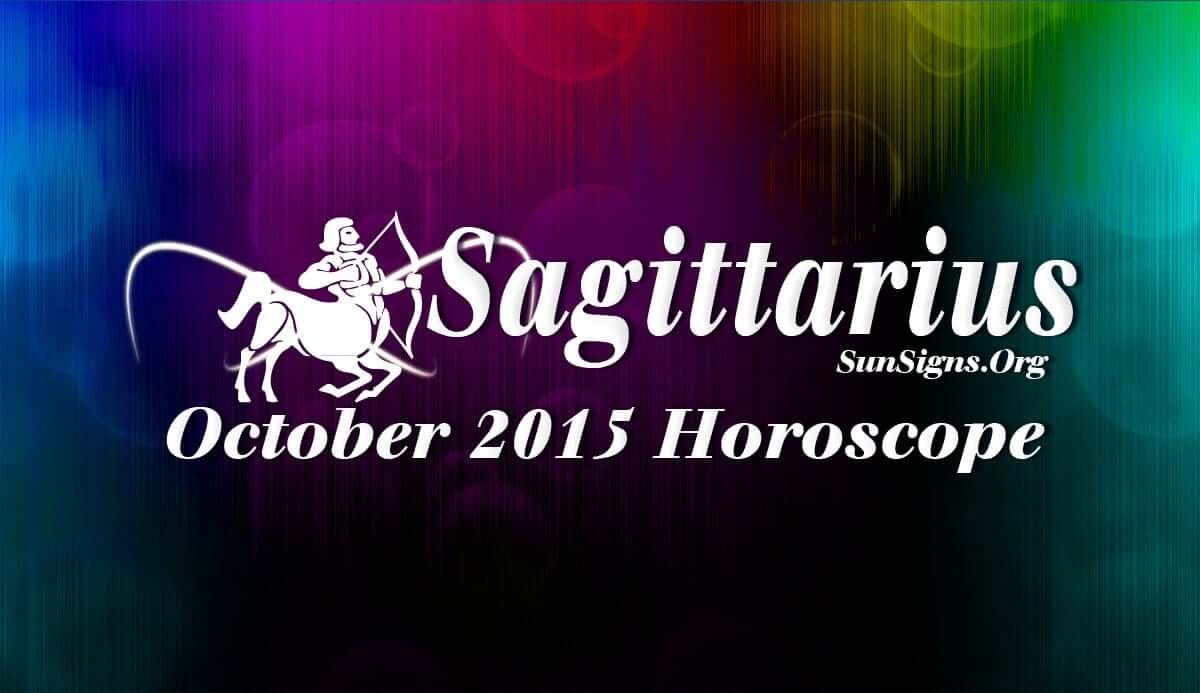 Love is excellent after the first week of October 2015 for the Archers. Romantic partnerships will be made in spiritual gatherings and with the assistance of friends. Important decisions on love matters and pregnancy should be postponed till November 2015.

Spirituality will be a major aspect during the month and you will be engaged in spiritual and charitable activities. You will make new friendships and will be involved in social organizations and their activities.

The October 2015 Sagittarius horoscope forecasts that your health will show marked improvement this month, but requires sufficient care. Harmonious relationship with social contacts will improve your health further.

Do not let acidity or indigestion worry you this month. The Mercury retrograde in the beginning of October 2015 might cause some minor health issues.